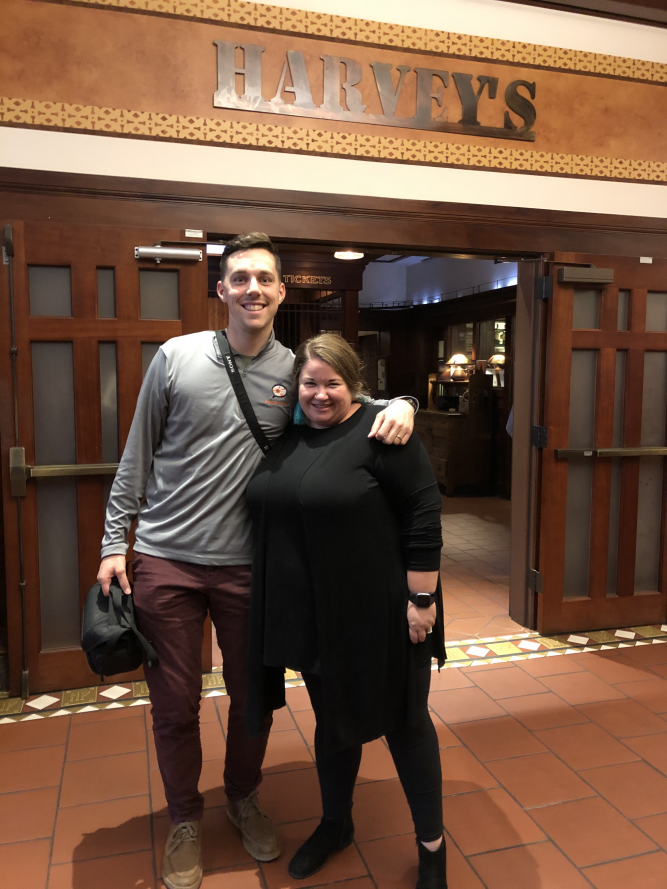 Every year the Iowa Restaurant Association, The Soyfoods Council and the Iowa Beef Industry Council organizes a statewide Culinary Competition in search of Iowa’s top chef. The competition is unique because the competing chefs must use at least six ounces of a non-traditional cut of beef for the main entrée and at least a ¼ cup of tofu in a side dish or sauce.

This year marks my 5th year helping with the judging and documenting the masterpieces that these amazing chefs create.  As I mentioned above, we’re usually judging a cut that is a bit uncommon on a traditional menu. This year we’re judging beef sirloin – ball tip. Check out the graphic below to learn more about the ball tip cut.

The 2019 competition kicked off with Chef Katie Harvey. I’m excited to tell you about what’s going on in Perry, Iowa at Hotel Pattee – specifically with Harvey’s Restaurant. Also, you’ll be able to learn more about the first dish that we judged.

Harvey’s Restaurant provides hotel guests, visitors, and locals a unique and gourmet location to dine. The restaurant itself has three distinct dining areas. If you love trains, or love the nostalgia of the way things used to be, you’ll really enjoy the aesthetics of their dining areas. 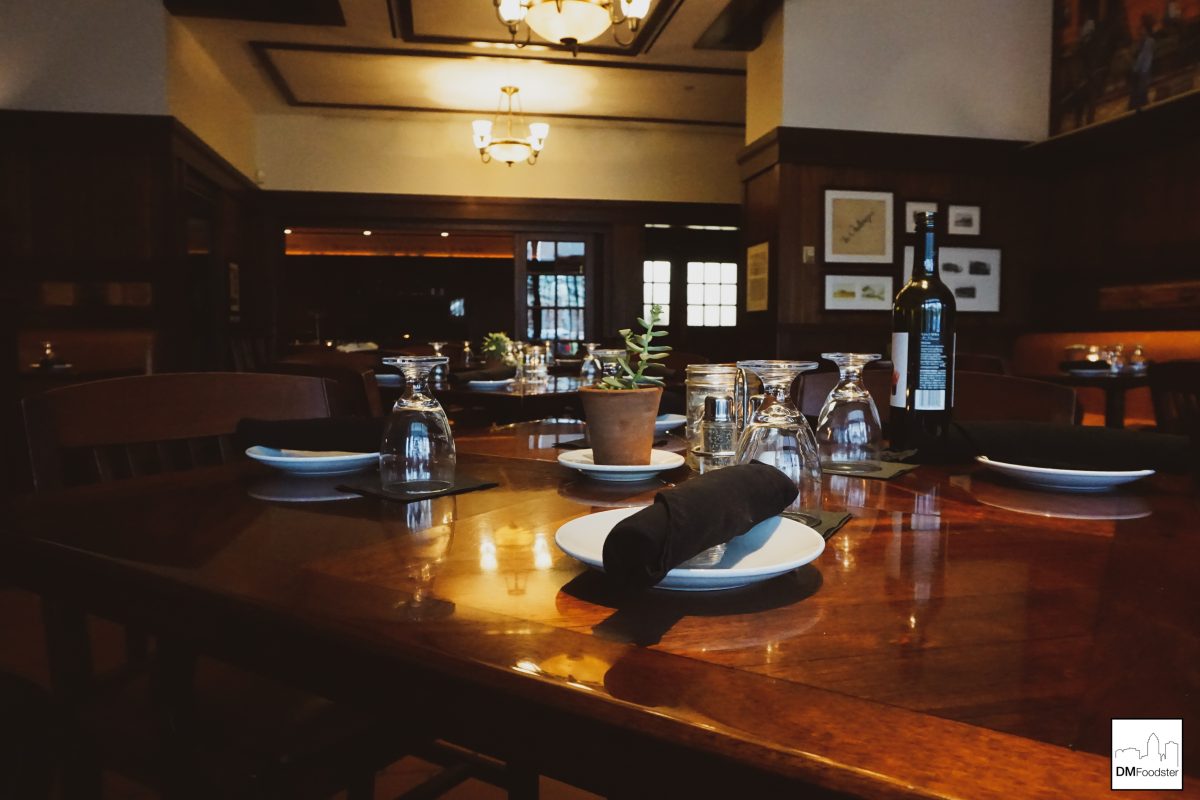 The first room, The Arrow Room, is named for a Milwaukee passenger train. It’s a recreation of a 20th Century railroad dining car featuring murals of the Perry countryside, wood paneling, and coffered ceilings. 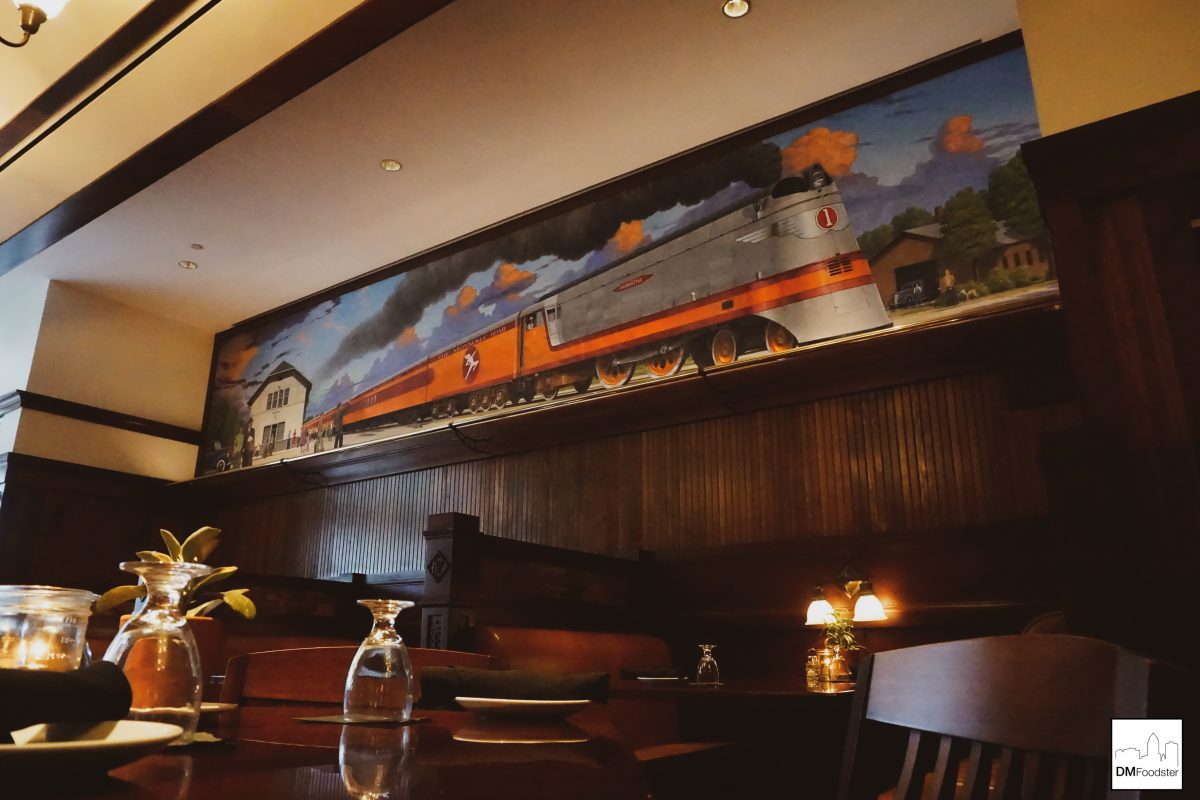 The second and third dining rooms are also named for Milwaukee trains. They’re designed in the Arts and Crafts style.

What really finishes off the rail theme is the hostess area featuring a ticket booth! All aboard!! 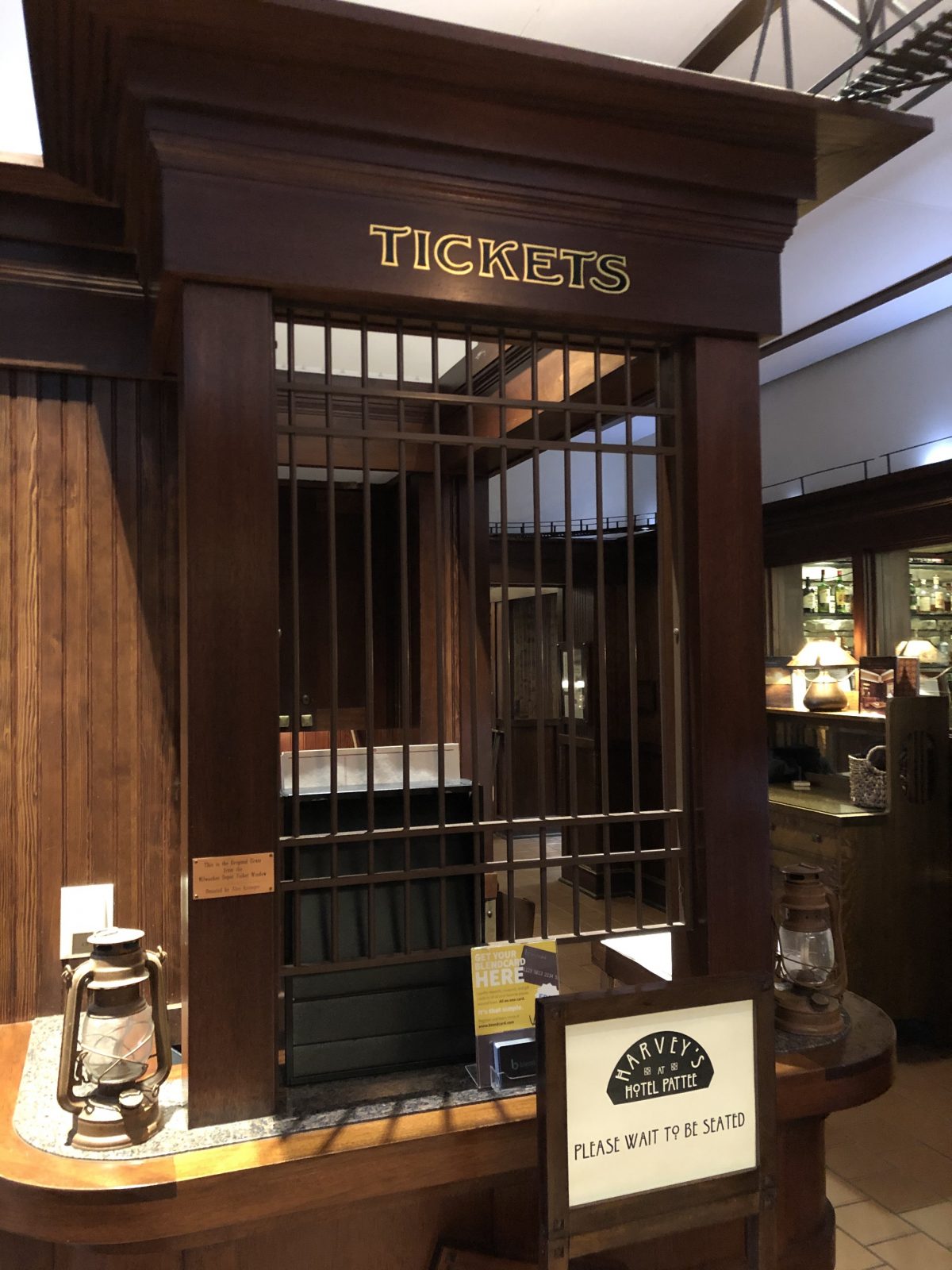 One thing you don’t want to skip out on is ordering Katie’s famous PB&J. It features souse made “peanut butter”, braised hoisin pork belly and jalapeno & green apple jam. She also recommends her Prime Rib nights.

The dessert menu is also a must.  Some highlights the menu features are cookies & cream cheesecake, apple dumplings, chocolate cookie skillet.

Remember I mentioned the PB&J above? Well, we started the night off with that but since the competition feature soy – she substituted soy for the  pork belly. The homemade peanut butter is something to really have your taste buds make note of. 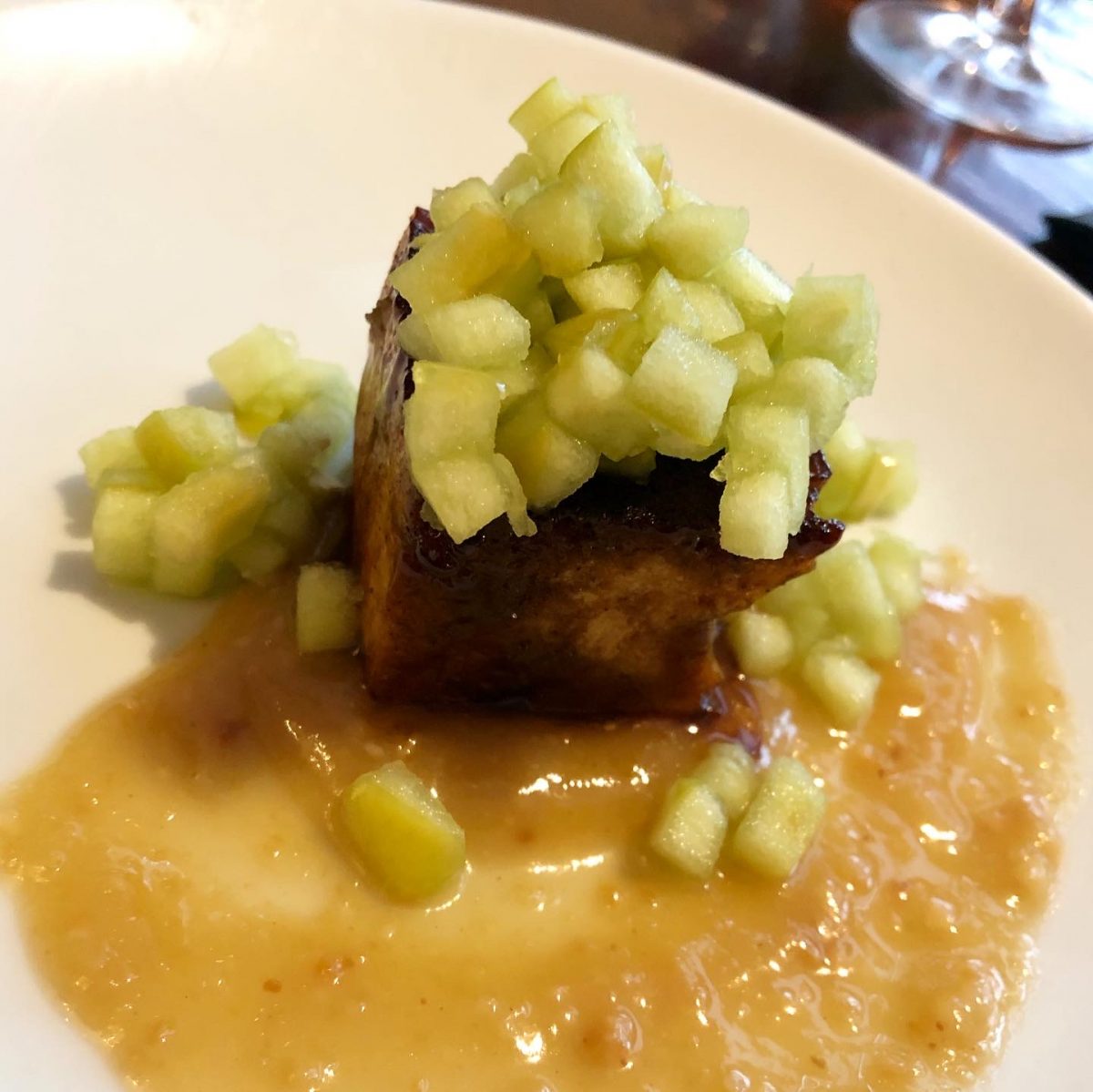 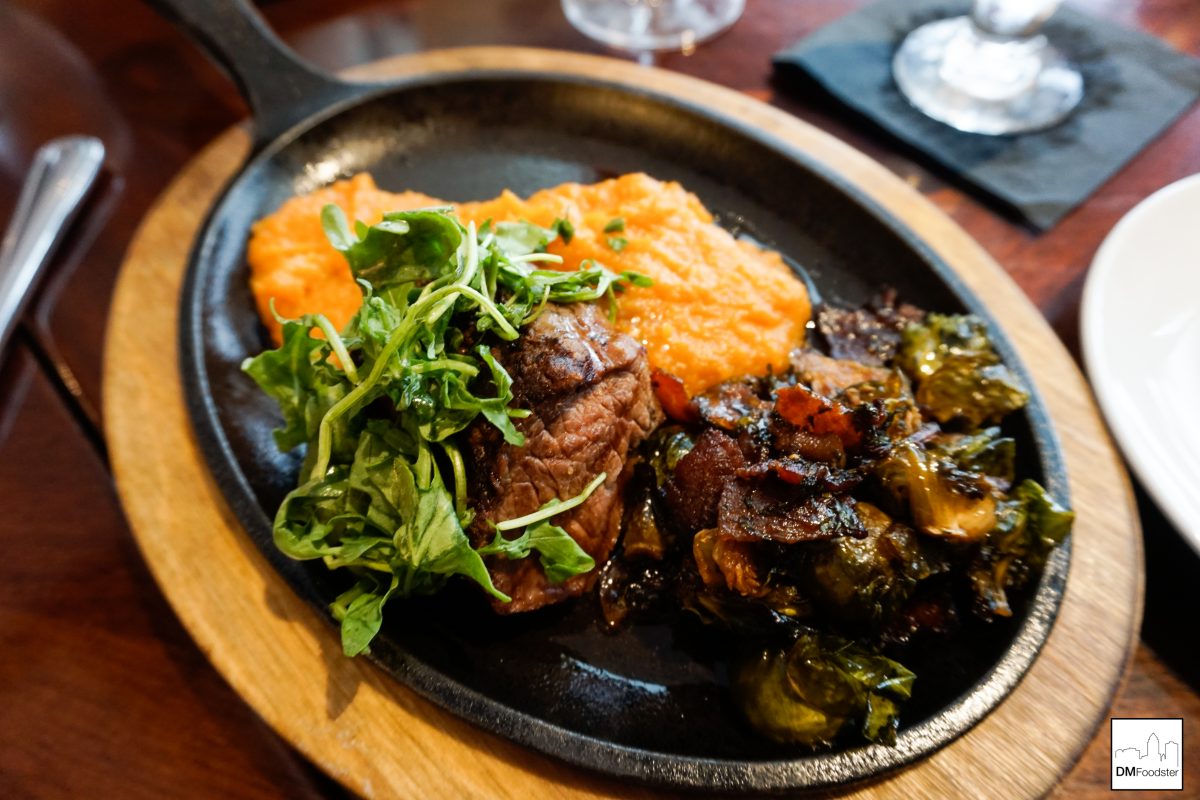 No Corkage Fee – No Problem in Des Moines
5,016 views
Skip to toolbar