GABF Rewind – Thoughts from Behind the Booth 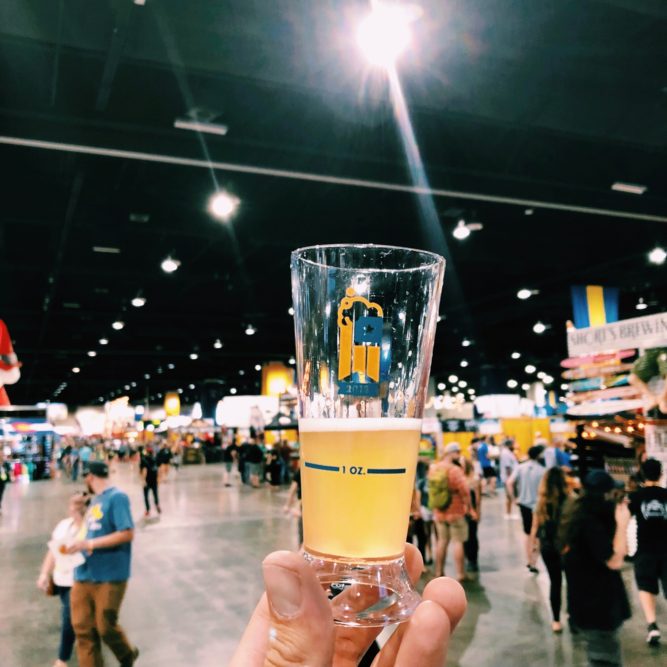 Thoughts and anecdotes from GABF as seen from the other side of the booth.

The prospect to once again take part in the super bowl of craft beer was too good to pass up. Rather than being completely overwhelmed as a first-timer, I felt quite a bit more comfortable and organized this time around knowing what to expect. Now that I had settled into my role as the “Third Badge,” I was able to relax and enjoy the experience more. 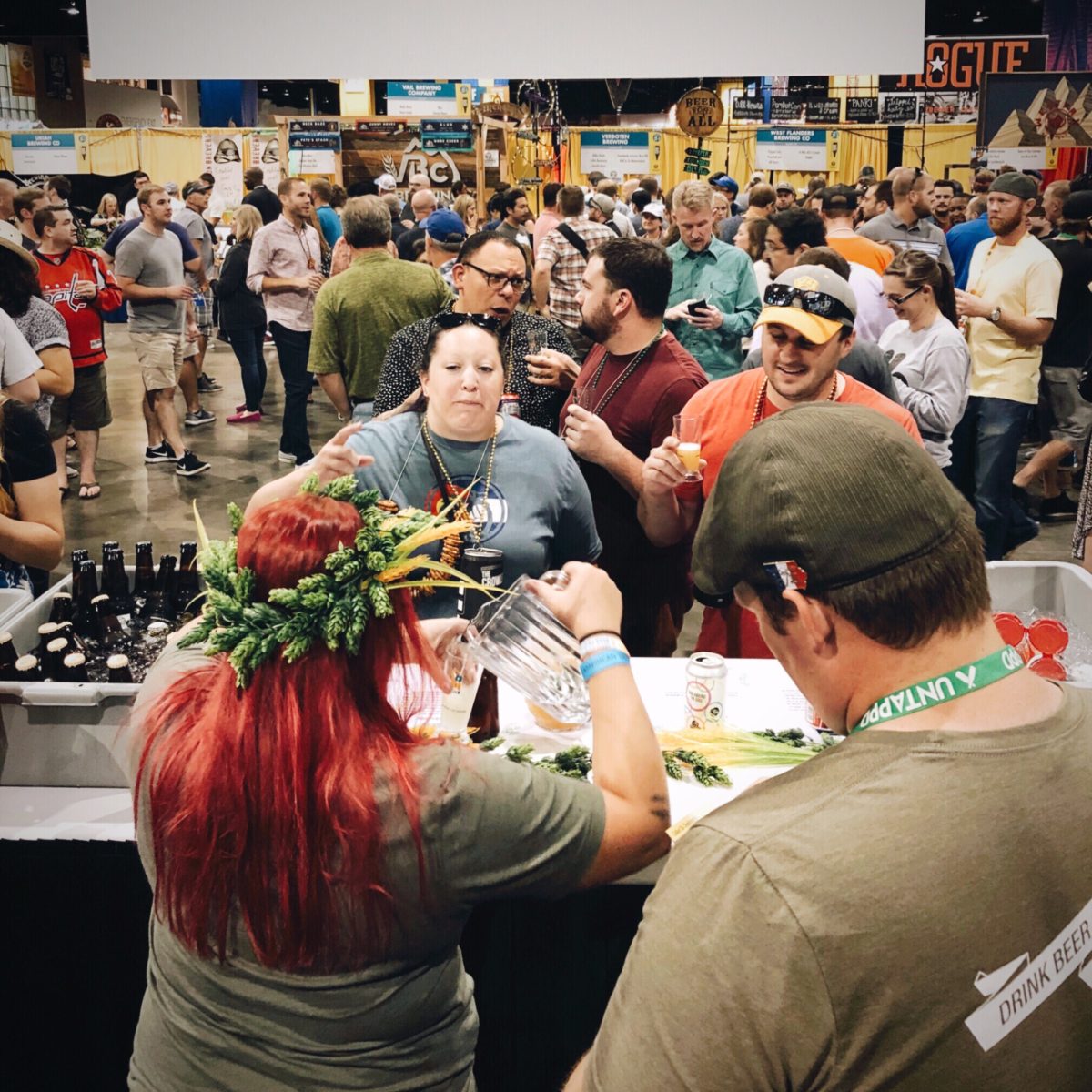 A few notes and unofficial stats from my view from behind the booth:

After enjoying a recent string of success, Iowa breweries were shut out of this year’s podium.

As I’ve mentioned before, the Great American Beer Festival is two-fold. For thousands of craft beer fans across the country, a trip to GABF means the opportunity to sample high quality beer from many of their favorite they may otherwise not have access to all in one place. For brewers it’s also a beer major competition. Breweries enter their beers by style  in hopes of earning a coveted bronze, silver, or gold GABF medal. Winning can catapult a budding brewery into new levels of success.

At first glance, the state of Iowa going OH-for-the festival is mildly disappointing. We all know Iowa has good beer, so what gives?

“It comes down to numbers,” Minister of Iowa Beer J Wilson tells me. “Roughly the same number of beers were entered last year, but there are more breweries entering the competition each year. It’s tough to win. A lot of big names don’t get called.” 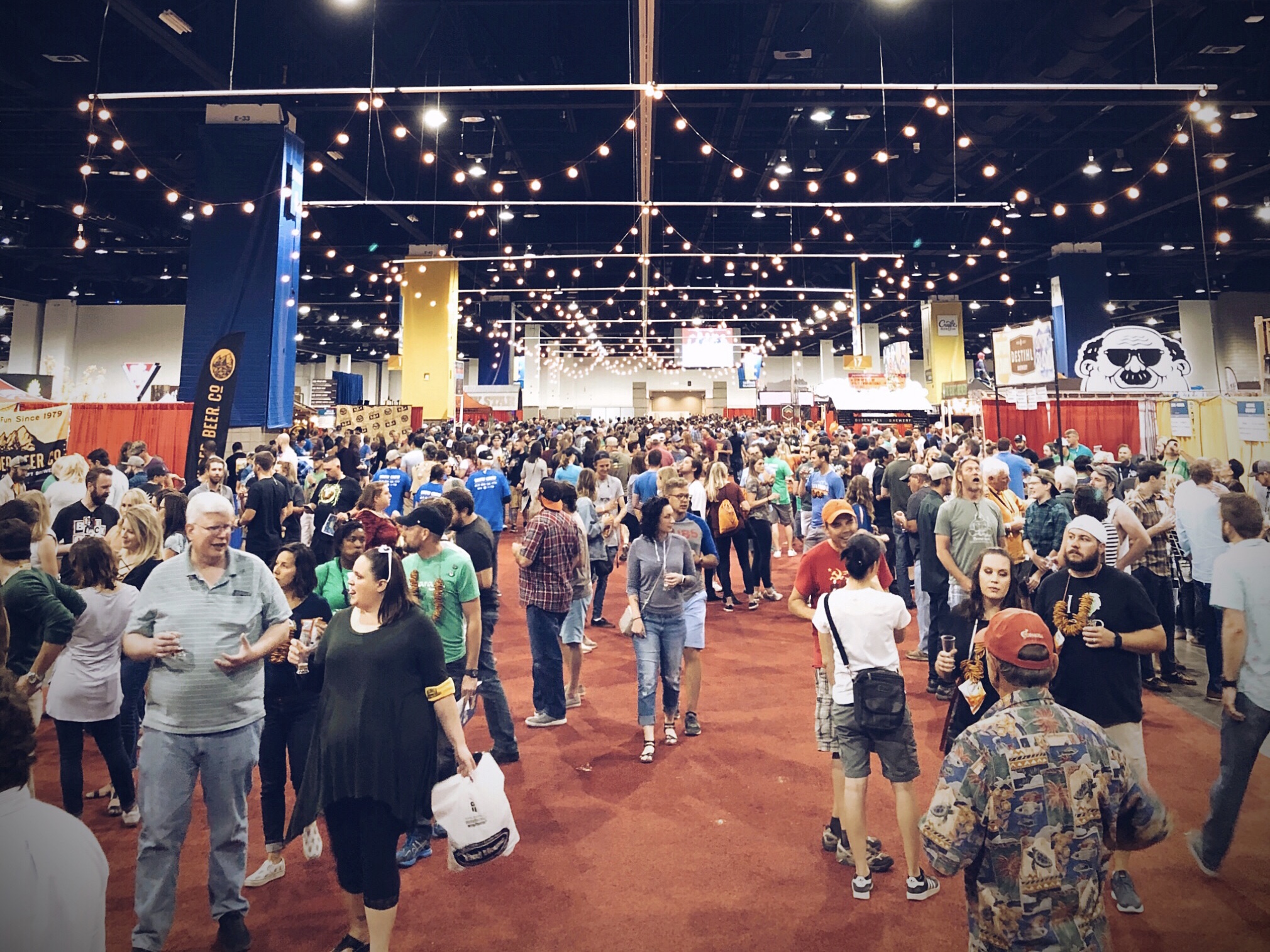 It’s a crowded field that isn’t getting any less so.

Iowa wasn’t alone; this year thirteen states plus the District of Columbia were blanked, including states like Delaware (Dogfish Head) and Vermont (Alchemist, Hill Farmstead), known the world over for producing the finest craft beer. And after so much talk of New England IPAs dominating the pre-festival conversation, all medals for hazy & juicy pale ales, IPAs, and double IPAs were won by breweries outside of New England.

So let’s take a minute to step back and recognize the insane amount of GABF success Iowa breweries have enjoyed throughout the years. 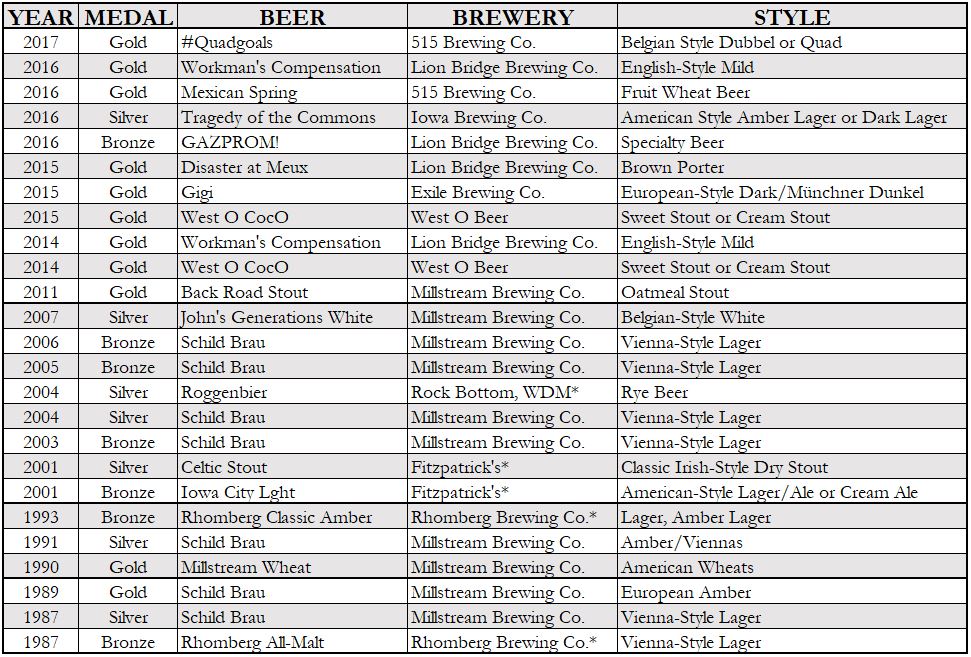 *Denotes brewery no longer in operation.

Collectively, breweries in the state of Iowa have won more medals from 2011-2017 than in the 90’s and 2000’s combined. Did you know that Millstream Schild Brau Amber is Iowa’s most award winning beer? Lion Bridge took home a medal three years in a row! And just look at all those golds!

Iowa has some damn good beer, and although it certainly helps, we don’t need to win GABF medals every year to prove it.

What Does a Guild Do? 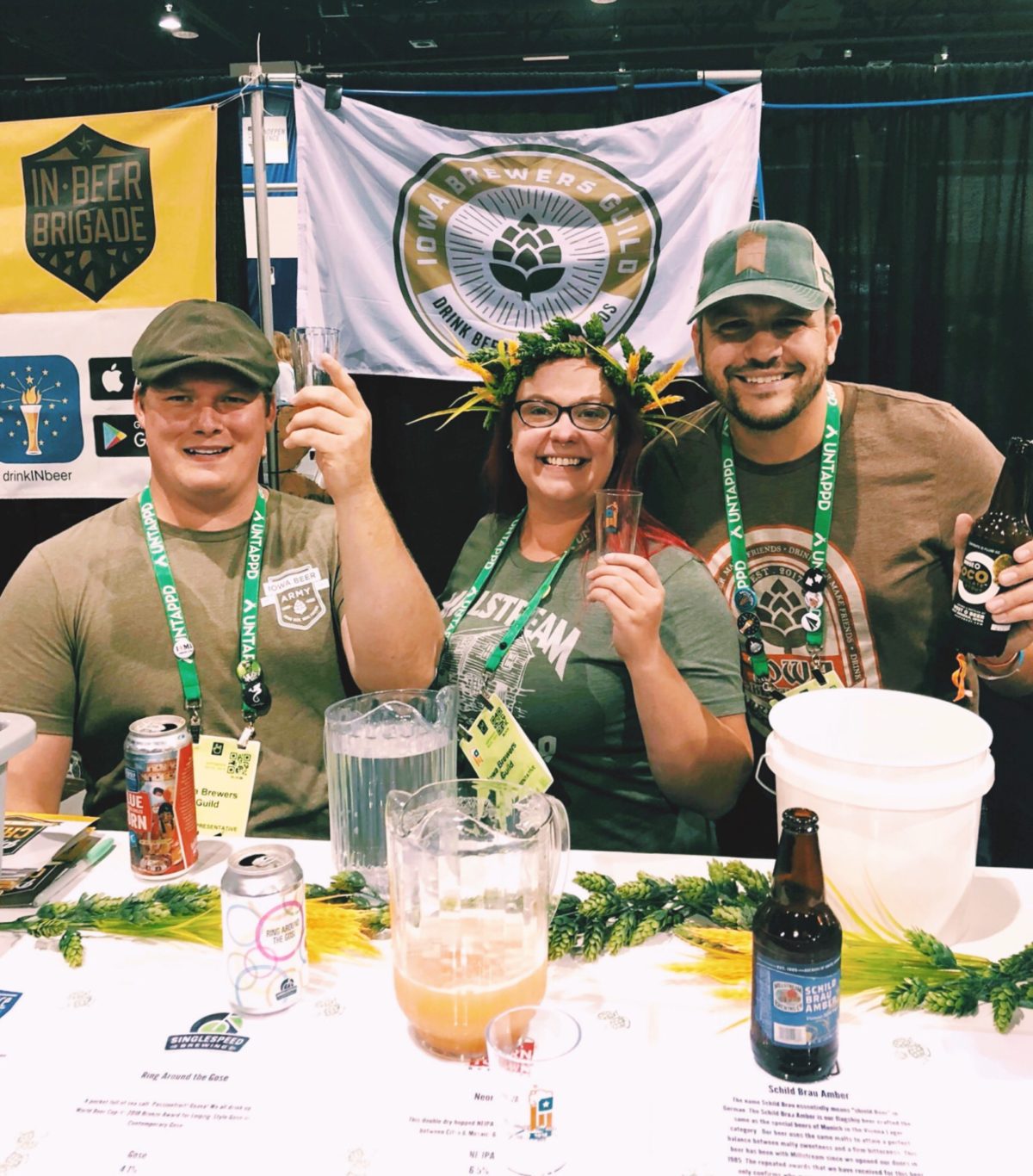 This was our most asked (and most important) question throughout the three-day festival.

Among the hundreds of brewer booths and end caps on the floor of GABF sit various pavilions. Each pavilion is dedicated to a specific facet of craft beer, and each offers a unique experience to festival patrons: beer & food pairings, beer traveling, TED-style talks by brewers and industry leaders, and the Protect Craft Guild Pavilion.

So what does a guild do? For starters, a strong brewer’s guild or association can be an effective voice for promoting the interests of all brewers in a given state or region. Whether promoting local beer or fighting for favorable laws, the collective voice of a guild can speak louder than that of individual brewers alone. Guilds also provide great networking opportunities for breweries of all sizes.

The Iowa Brewers Guild specifically plays a pivotal role throughout the state. Most visibly, the guild is responsible for holding the state’s two of largest craft beer festivals: the Iowa Craft Beer Festival in Des Moines each June and the Festival of Iowa Beers Amana each September. Behind the scenes, the guild is also responsible for education (off-flavor training, i-Best conference) and advocacy (hill climbs and lobbying efforts at both state and national levels).

Bottom line? State brewer’s guilds are one of the most important voices in protecting and promoting a state or region’s independently-owned, American craft breweries. We also happen to have some of the best-kept secrets of the entire festival 😉

Have any questions regarding Iowa Beer at the Great American Beer Festival? Don’t hesitate to ask in the comments below!