Crafts on Court: Notes from ICBF 2015 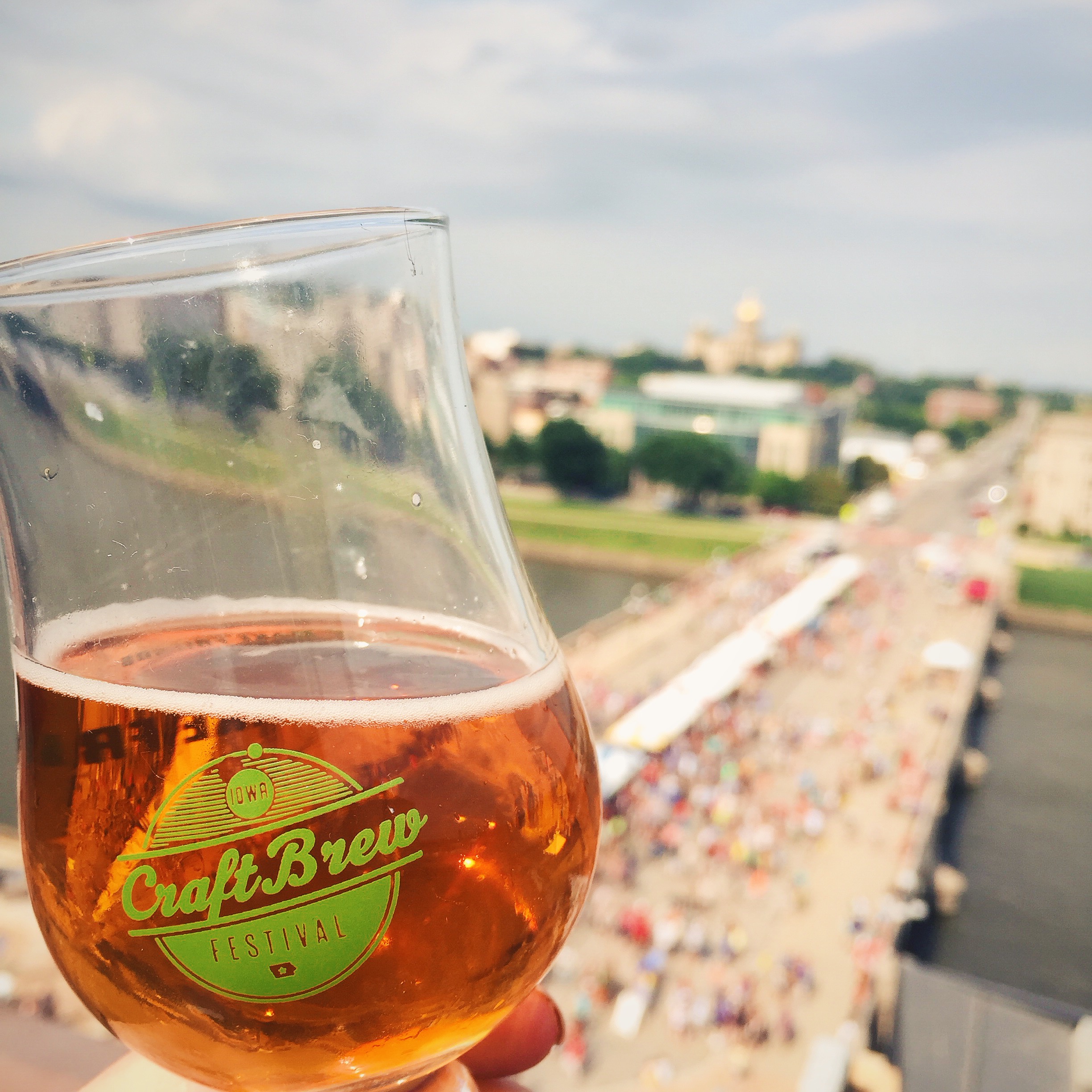 Not long ago, back when you could count the number of Iowa microbreweries on one hand (and that term was still used to describe them), a festival, let alone an entire week, devoted to celebrating craft beer culture in Iowa was unheard of. Even the inaugural version just five years ago of what has become the state’s premier craft beer festival was dominated by widely recognized craft brewers with mass appeal from larger cities across the Midwest.

Yet now, walking past tent after tent of new Iowa brewers next to delighted fans sipping hard-to-find samples with one hand while tallying their Untappd check-ins with the other (and earning their DSM Beer Week badge, to boot), it’s hard not to notice how much the landscape has changed.

It’s also hard not to get excited for the direction craft beer in our great state is heading.

Being the capital city, it’s easy to think that the epicenter of the Iowa craft beer culture is here in my beloved Des Moines. However, as proven last Saturday, that mindset could not be farther from the truth. While the DSM representation was solid and quality on point as expected, only a fraction of tents on the Court Avenue Bridge were occupied with central Iowa tap handles…and was a good thing.

By far, the best part about this year’s craft brew festival was the ranging availability of Iowa-made beers. From the 700 barrel heavyweight Backpocket Brewing in Coralville to the 10 gallon nano-scale upstart Worth Brewing Co. just south of the Minnesota border, the Iowa made beer options were more abundant this year than ever before.

Most of the in-state breweries present don’t bottle or distribute their product, meaning that a 2-3 hour road trip might be required just to sample a flight in their taproom. The beauty of the ICBF is that it brings all of the far-off names to one central location, exposing new audiences and (hopefully) enticing them to make said road trip the next time they have a free weekend.

Of course, there were all the other festival goodies as well. The atmosphere was jubilant and lively, and from the free swag to pretzel necklaces, everyone that I saw was having a fantastic time.

My main complaint (other than a few headliner breweries running out of beer too early) is that the wait to get through the gates was just too long. For a festival now in its fifth year, you’d think that ICBF would be prepared to handle the masses; yet as I stood on the Locust Street bridge one block away from the festivities, stuck in an endless line of humanity 30 minutes after the gates opened…it was clear, to me at least, that there had to be a better way.

If there is going to be a regulated hard cut-off to stop all pours at 5:00PM sharp (and there was), reducing festival time (read: drinking time) from an already abbreviated three-hour-window probably isn’t a good way to make new craft beer fans. Two solutions?

1) VIP tickets. I will definitely consider this option next year; however this year I wasn’t able to make it downtown until after 2:00PM (the starting time of General Admission entry) anyway so it would have been a waste of a ticket.

2) Since the festival has grown in popularity, ICBF organizers should consider opening a second entrance on the opposite end of the bridge. Not only would this help reduce the line time, it would also help alleviate congestion immediately inside the gates.

I will say that once I made it through the line and into the festival, all was forgiven after a few good pours from some fantastic breweries.

Despite the minor hiccups, ICBF 2015 was a huge success. With Des Moines Beer Week now officially in the fold, Craft beer culture is alive and well in Iowa, and plans to make 2016 even better are already in the works. There’s no doubt I’ll be back next year, this time with VIP tickets in hand.

In the meantime, I’m personally looking forward to traveling the state in the months to come, visiting new Iowa breweries and saddling up to taprooms in small towns I would have otherwise passed by.