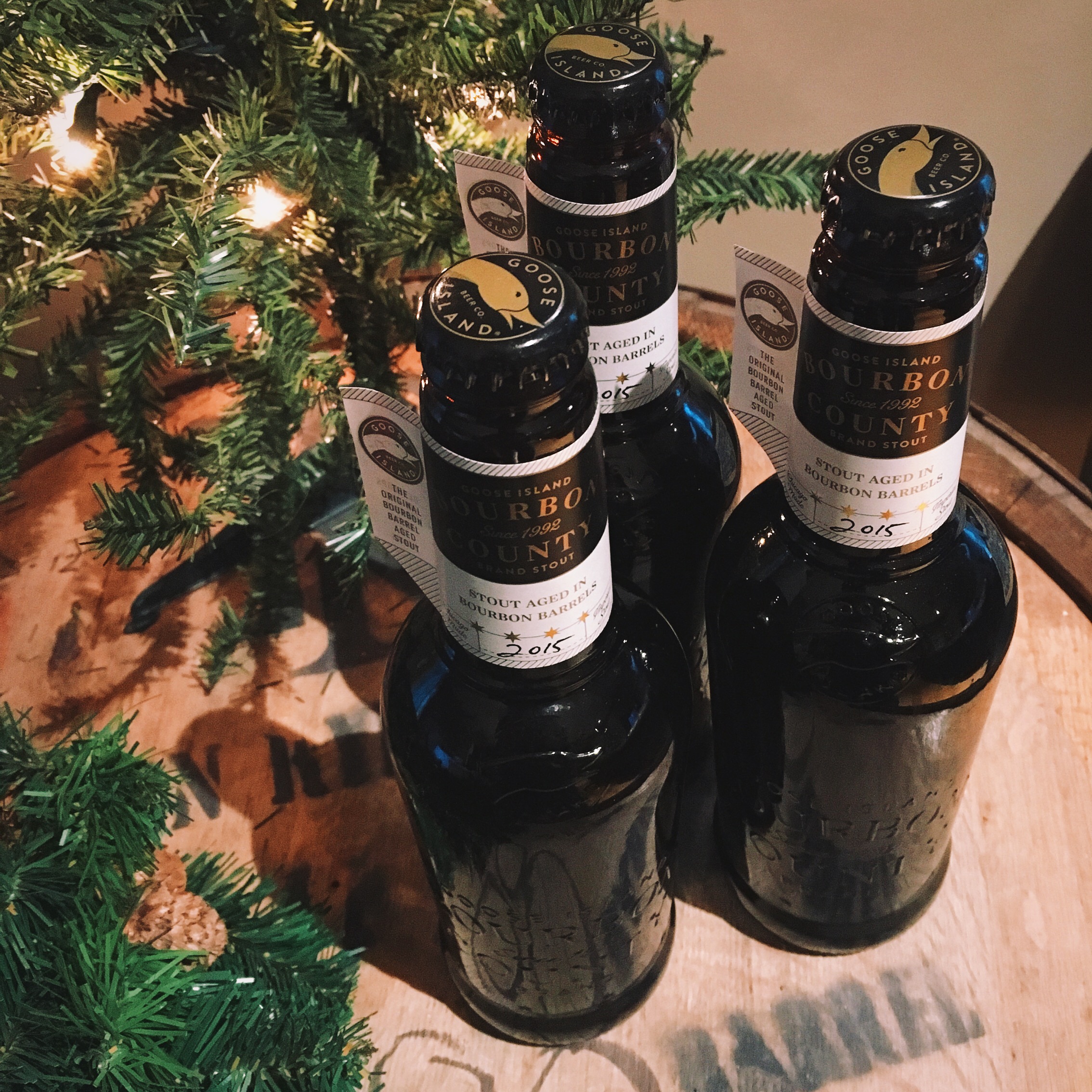 I never thought it would happen to me.

Yet here I was, still groggy from the previous day’s overindulgence, leaving my driveway in the predawn hours (still dark to hide my shame!) to join in the lunacy of Black Friday shopping.

However, my destination wasn’t Walmart, or Best Buy, or even Target. I was heading to the grocery store.

What Makes a Whale

The story goes that Bourbon County Stout was first brewed to commemorate the 1,000th batch of beer produced by Goose Island; a rich, boozy, imperial stout made with real unicorn tears specifically to be aged in bourbon whiskey barrels. This practice, now common-place in craft brewing portfolios nationwide, was absolutely unheard of in 1992.

Needless to say that in the years that followed, Bourbon County Stout developed a huge following. Even with innovative variants and new iterations, it still remains the industry standard for bourbon barrel aged beer. A beer that continues to excite amateur beer nerds and industry pros alike…an excitement culminates each November with its annual Black Friday release.

An excitement that, for whatever reason, I’ve never really…for lack of a better word…understood.

Not that I think BCBS is a bad brew, it’s just that I never bought the hype. Or took the time to appreciate what makes it so spectacular. Or what would drive a person to spend hours waiting in line…for beer.

This year, I decided, was the year to change that.

Deciding to hunt is one thing, but actually knowing where to look is another.

The grocery store seemed like a logical starting point, but when? Having no good idea how each store handled a beer release, I put out the all-call on Twitter:

(1/2) Have to ask: what is BCBS protocol on Friday? Does each store decide independently when to release for purchase?

(2/) Also, what drives overall and variant allotment? Have always been curious. Hoping @JasonBGP or @RKMetheny can shed some light!

The responses I received were tremendously helpful and vital to my Black Friday plan of attack:

@DSMbrewster we are making changes to how we do it. I’ll tweet details from the @HyVeeFleur account later today

Bourbon County Stout will be released at 7am Friday. Limits and Variants available will be announced shortly before 7 Friday. #happyhunting

HV Mills Civic is opening at 6AM tomorrow for @GooseIsland #GooseBlackFriday #BourbonCountyStout plus a keg tapping in the Market Grille!

With my destination set, all I have to do is wait.

Woke up from an immensely vivid dream about trying to land some BCBS at El Bait Shop…only to reach the front of the line and find out each 12 oz. bottle was selling for $100 each. I walked away disheartened and empty-handed before waking up in a slight panic.

Starting to obsess…this can’t be good. Black Friday needs to get here quick.

The turkey was off the hook.

I even expertly paired a decadent beer for the extravagant meal.

I still don’t know if I’ll actually do this thing, but I set my alarm for 6:00 anyway.

Off to bed. So many beer thoughts fill my mind as I try and sleep.

Maybe it was the sexy new packaging…or maybe it was the “hype videos” Goose Island incrementally released weeks prior to Black Friday…or maybe it simply knowing that in order to credibly blog about the Des Moines craft beer scene I need to be an active part of the Des Moines craft beer scene…even if it means voluntarily leaving the warmth of my bed on a vacation day.

Whatever it was, this was the year, I decided, to embrace my inner beer nerd and see what the fuss was about. “And maybe even score some of those highly sought-after variants,” I told myself in an attempt to justify the absurdity.

My youngest daughter barrel-rolls into our bed (as she does most mornings) and quickly I realize that it’s well past the time my alarm should have gone off. Of course, of all mornings to set my alarm for PM I tell myself as I roll over and check my phone.

I throw some clothes on and hustle out to my car, losing hope of getting any variants (and maybe striking out all-together) as the minutes tick by at each red light. The line that awaited me once I arrived 10 minutes before opening confirms any doubt.

“Let’s just hope I get something out of this ordeal,” I tell myself.

By the time I make it up to the counter, there are less than two cases remaining. Not wanting to short the few customers behind me who might have also overslept, I didn’t even take the full offered allotment. Hopefully that good beer karma goes a long way some day.

With my haul secured, I had to find a few more groceries before heading home.

“So what’s this all about?” asked the clerk, motioning vaguely towards the Wine & Spirits department after noticing my bag of bottles. “I’ve seen this line form every year but never really know what’s going on.” As she scanned my pound of bacon and turkey-roasting oven bags, I proceeded to inform her that this amazing, barreled-aged beer is only released once a year on Black Friday, and beer nerds across the country like me leave their beds early to try and score some.

“That’s really cool,” she replied. “I’ll have to try and get some next year!”

I smiled and thanked her. “Another convert,” I happily thought as I made my way back home.

Despite oversleeping and potentially missing out on any variants this year (but probably not, as 6:00AM would have been too late of start regardless), the day was a massive success. By 10:00AM the stories were pouring in across twitter…

As for me, I definitely wasn’t complaining. Black Friday night turned into an epic homebrew sesh/bottle share/Friends-giving feast…

…and we’re already making plans to do it again next year.

Have a good BCBS Goose Hunting story? Share it in the comments!

No Corkage Fee – No Problem in Des Moines
4,172 views
Skip to toolbar