6 Ways to Eat Local in Des Moines This Winter 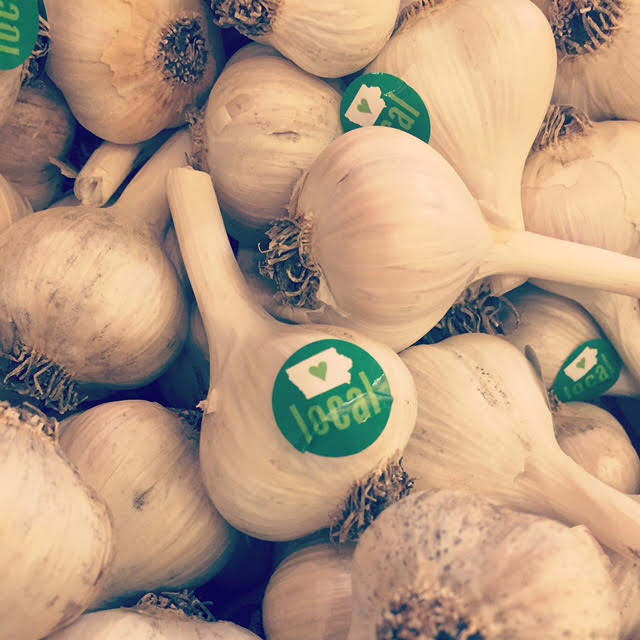 The Downtown Des Moines Farmer’s Market is officially over. For those of us who relish walking through the market on Saturday morning and browsing the tables of fresh produce, local meats and cheeses this marks the true end of summer.

Luckily, there are still many wonderful options for eating locally grown and produced food year-round in Des Moines. Even if that means you want Iowa grown lettuce on a cold day in January!

Eating local is great for Iowa’s economy, the health of our bodies and minds, and it’s better for our environment. “If every U.S. citizen ate just one meal a week (any meal) composed of locally and organically raised meats and produce, we would reduce our country’s oil consumption by over 1.1 million barrels of oil every week. That’s not gallons, but barrels. Small changes in buying habits can make big differences,” says Steven Hopp.

Here are six of my favorite ways to eat locally grown food throughout the winter and year-round!

The Iowa Food Coop is a fantastic place to buy all of your staple grocery items year round.

IFC has Iowa grown vegetables, farm fresh eggs, milk, cheese, and even Iowa roasted coffee. The organization prides itself on supporting beginning farmers and putting 85% of every purchase back into the farmer’s pocket.

IFC doesn’t have a physical grocery store. Instead, you place your order online every other week and pick up on Thursday evenings at one of their seven locations in the Des Moines metro area.

Can’t pick up on Thursday?

There’s an alternate pick-up on Saturday mornings from 10:30-Noon at their main location, which is in Beaverdale right near the Franklin Avenue Library. Check out their extensive listing of products here.

This new local food box program through Eat Greater Des Moines costs $27 per week and is currently offered on a limited basis. LoFoBo is delivered weekly to the Des Moines Social Club and includes curated contents from the 33 participating farms. *this project is on hold until April 2016*

A sample LoFoBo from August included:

LoFoBo currently is limited to 80 members and you to give them two weeks notice if you want to drop out. I’m excited to see this program launch in Des Moines and watch as they expand this spring! Learn more about LoFoBo and sign-up here.

One of my two favorite places to shop in Des Moines.

Campbell’s is a locally owned organic foods and natural supplements store with two convenient locations in Des Moines and Urbandale. The Des Moines location at 42nd and University offers groceries, while the Urbandale location only has nutritional supplements. While not all of their products are produced locally they are a local business and have at least 40 Iowa producers on their roster of suppliers. Campbell’s is my favorite place to buy bulk herbs and spices in Des Moines because they are high quality and inexpensive. I also buy sunflower oil from them because they sell Century Sun Oil from Wisconsin, which is the most local producer of sunflower oil I know of. I no longer use olive oil in my cooking because California is the United State’s number one producer of olive oil, and word on the street is they’re in a drought. Instead I use locally produced butter from Iowa Food Coop or sunflower oil.

There are several fantastic restaurants in the Des Moines metro area that serve farm-to-table food or at least have relationships with local farmers.

A few of my favorites are HoQ where 90% of ingredients are local, Table 128 almost always has wild game on the menu and changes seasonally, and Proof uses local ingredients in all of their dishes. Bistro Montage also works with local producers and has a very affordable lunch menu.

Two other great places to check out are The Cafe in Ames and for a weekend trip I’m dying to try Milk & Honey in Harlan.

5. Buy Directly From The Farmer

There are farms that have winter CSA’s, although several of them have deadlines which have passed now.

Don’t have an established relationship with a farmer yet? I could write you a list of resources, or I could just direct you over to My Humble Kitchen for an awesome list.

While Wheatsfield Co-op is located in Ames, I felt they deserved an honorable mention here because they are such a fantastic grocery store.

They work with over 100 local producers and almost 25 percent of their sales is of local products–that’s pretty amazing!

If you’re in Ames, this grocery store is definitely worth checking out. I also love how they mark their local products with cute little local stickers–it makes my heart flutter.

Full Disclosure: I work for Iowa Food Cooperative, however, the opinions and beliefs I share in this post are my own. Meaning yes… I am this crunchy.

Ash Bruxvoort is a freelance writer and marketer in the Des Moines area. She works with organizations on local food and sustainable farming throughout Iowa, including the Iowa Food Coop , Women, Food, and Ag Network, and Prudenterra. She posts her musings on all things food, farming, and feminism at Camp Creek Homestead.

No Corkage Fee – No Problem in Des Moines
4,480 views
Skip to toolbar