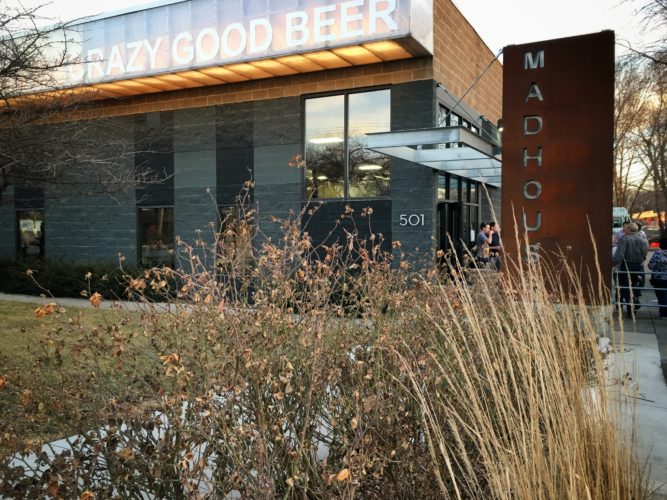 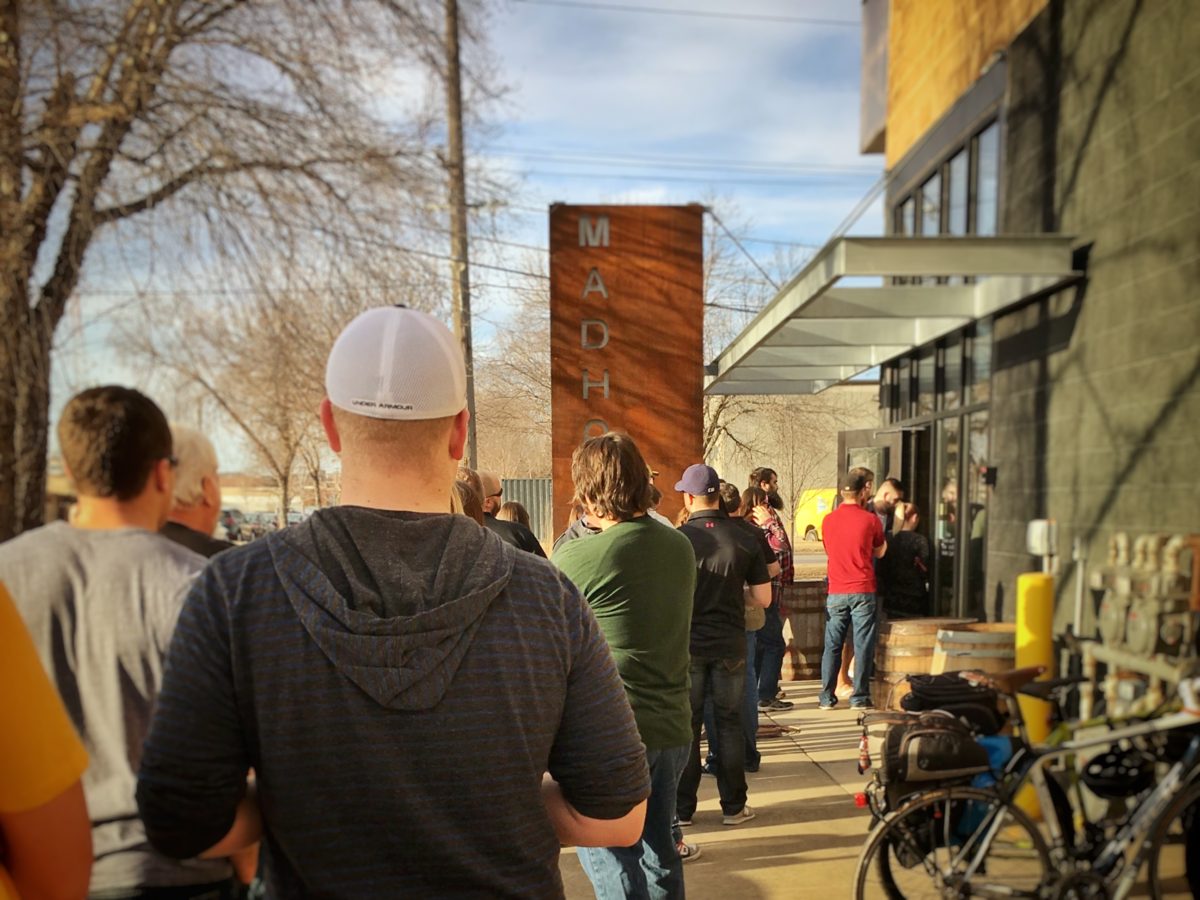 “It sure is a madhouse in here today, isn’t it?” I wryly remarked while purchasing a few bottles of Carpe Diem, a barrel-aged imperial stout brewed with coffee and bourbon-barrel aged maple syrup.

“Yeah it is, and that’s the first time I’ve heard that today too!” she sarcastically replied. We smiled as we exchanged goods and I made my way to the bar. After waiting 45 minutes in line for the latest Madhouse reserve series bottle release this past February, I was ready for a drink.

Lame attempts at humor aside, the brewery was slammed. The great reputation of these limited yet obtainable beers Madhouse has been producing plus unseasonably warm winter temperatures brought out the masses.

But if you had told me six years ago that there would be such a high demand for Madhouse beers, with bottle limits at local stores and capacity crowds with lines through the door for their annual releases, I would have laughed you out of the room. 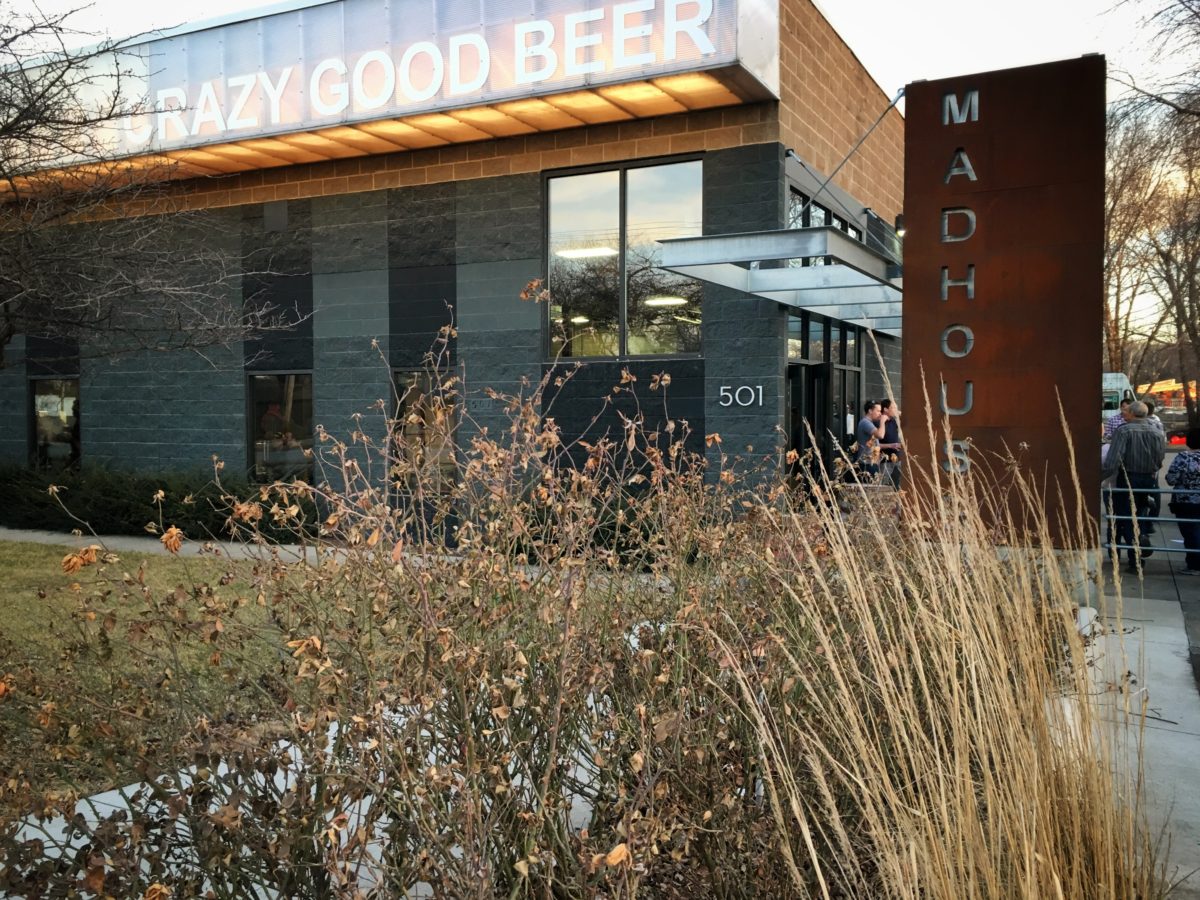 Originally established in a former production warehouse belonging to the Maytag Corporation in Newton, Madhouse Brewery now calls the capital city home. Yet despite being located just blocks away from Principal Park and the sprawling East Village, chances are high that if you weren’t out looking for the squat, inconspicuous warehouse, you would drive right on past. 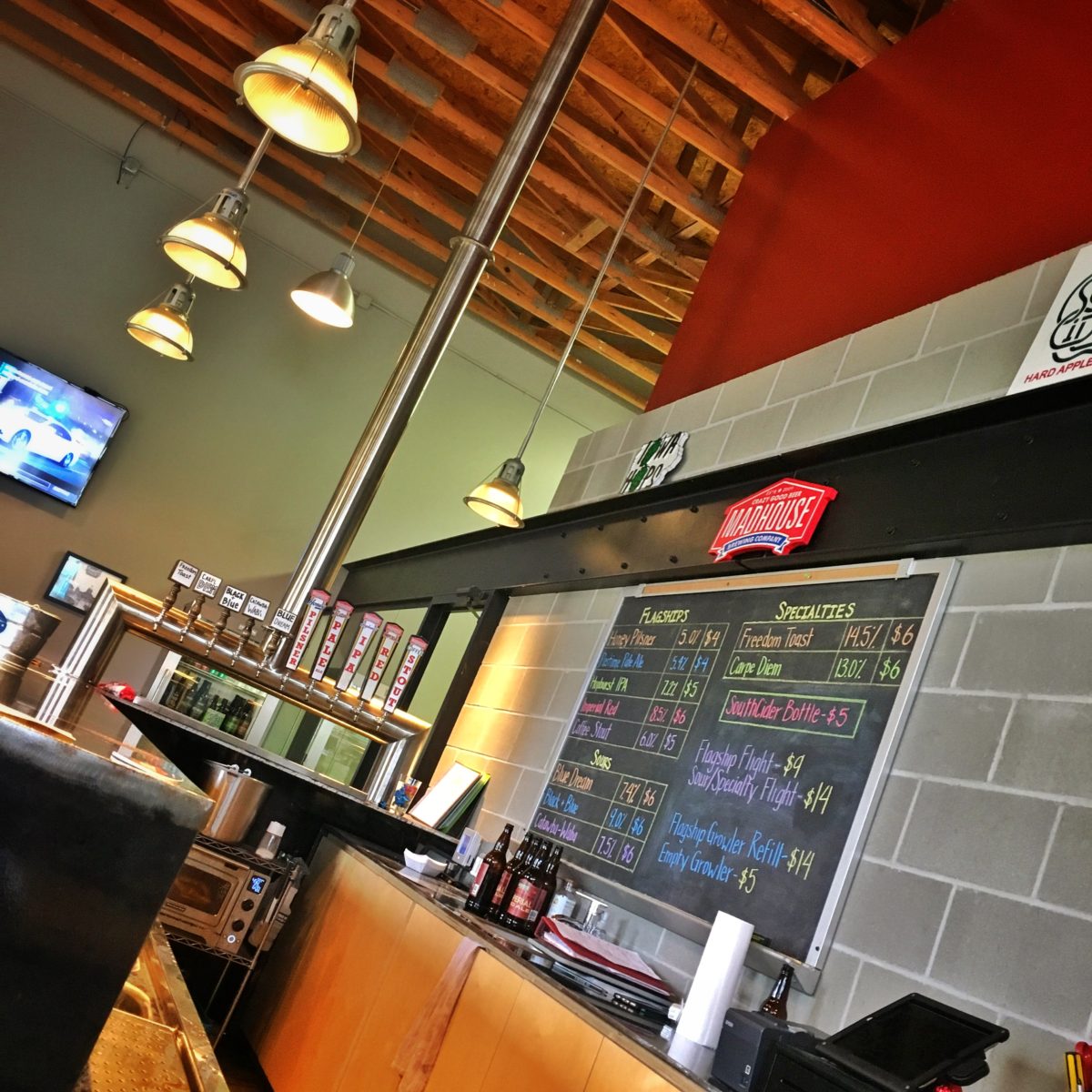 Inside the facility a taproom, barrel aging area, and production floor all blend together, separated only by half-height walls and storefront glass panels. Copper kettles and fermenting vessels line a far wall, while a Ping-Pong table and (depending on the day) cornhole boards currently occupy floor space designated for future expansion.

The Groben family knows wine. Jean and Paul Groben began Jasper Winery in 2004, which has since gone on to become one of Iowa’s most recognized wineries, drawing wide-spread interest both at home and abroad.

Their son Mason, with a degree in Viticulture and Oenology from UC-Davis, is responsible for all aspects of wine production at Jasper. However, in the late 2000’s, just as the craft beer movement really began to take off across the country, Mason saw an opportunity. 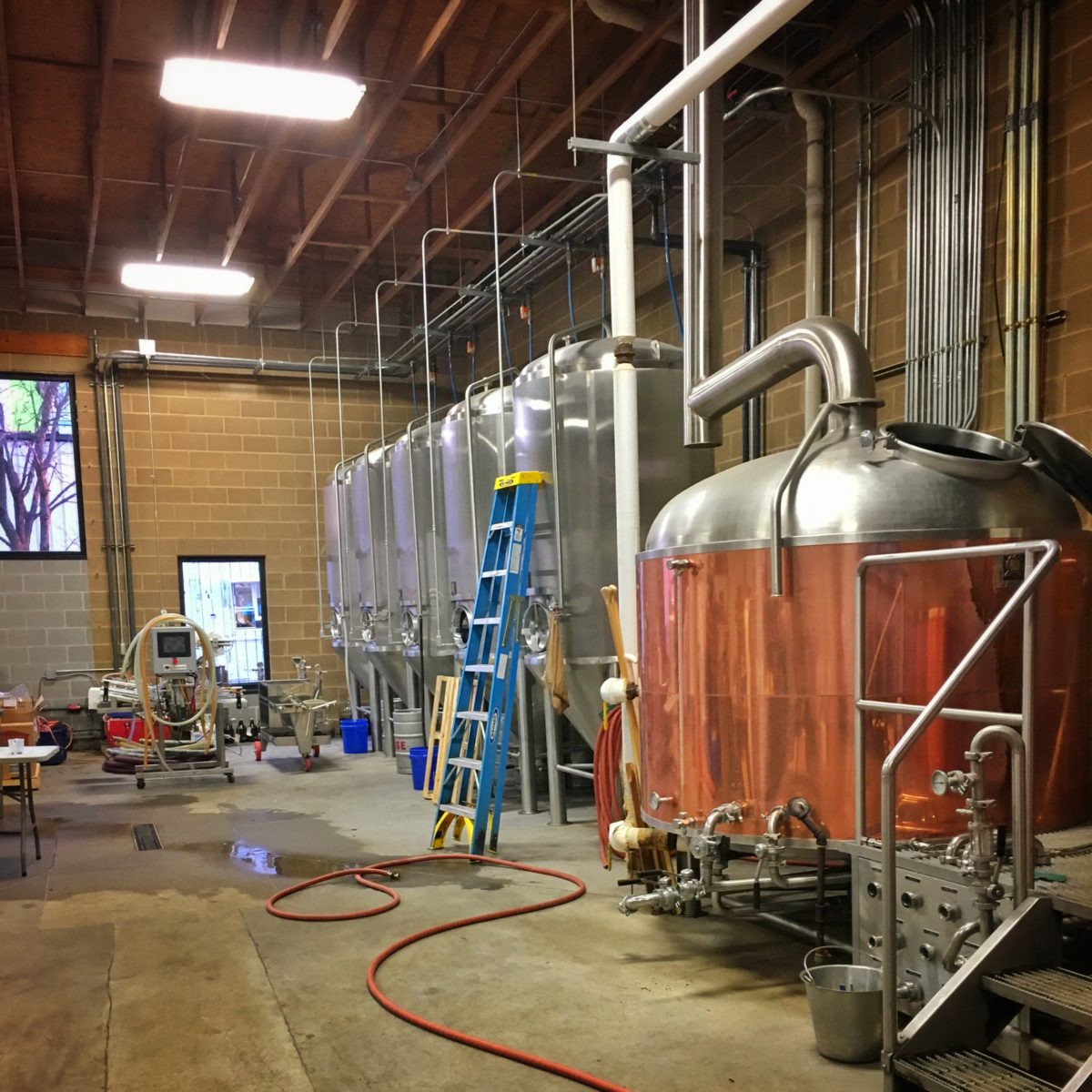 “When Madhouse started in 2009, Millstream was pretty much the only other Iowa brewery.  Boulevard, especially Boulevard Wheat, was by far the main craft beer in Iowa,” Mason recently explained. So after convincing friends and family to help finance a brewery, production began in Newton with a used brewing system and two flagship beers: Pastime Pale Ale and American Wheat.

“Our original business plan was to become the ‘Boulevard’ of Iowa. This is why we started with a pale ale and a wheat beer. I had little beer making experience when I started Madhouse, and our initial beers were…less than stellar.”

They say to aim high, but looking back, modeling a brewery from scratch after one of the most successful craft breweries in the Midwest, if not the entire country, might not have been the best idea for someone with a background mainly in wine production.

“After several years of struggling, many more Iowa breweries opened up.  Most of these started with a lot more capital than Madhouse, and it became clear that we were going to have to become more of a ‘niche’ brewery to compete in the quickly changing market.”

A trip to Cascade Brewing in Portland, Oregon, not only opened a whole new outlook on how diverse beer can be, but it also changed the entire trajectory of Madhouse Brewery.

“I was immediately drawn to sour beer, which has many similarities to making wine, such as barrel-aging, lactic fermentation, and the importance of blending,” Mason tells me. It was a perfect fit for a wine-maker turned brewer searching for a new direction.

Early attempts with kettle-souring techniques lead to more underwhelming results. While this method has benefits like quicker production and less risk of brew house contamination, Mason was not happy with the lower quality product it produced. “It took three years of experimenting and doing many trial batches that I finally developed a method and the techniques to produce the wild-yeast, oak barrel-aged sours that we are currently producing.”

Madhouse has also thrown its hat into the barrel-aged adjunct stout ring. “I also really enjoy the Bourbon barrel-aged Imperial stouts such as Bourbon County, so I wanted to get into making these types of beers as well.  It seemed like a good fit, and we hoped to gain recognition for making both types of barrel-aged beers.”  To that extent, they have: annual release bottles are highly sought after across the state, and draft-only variants like Maple VIP and Freedom Toast have quickly grown into legends of their own. 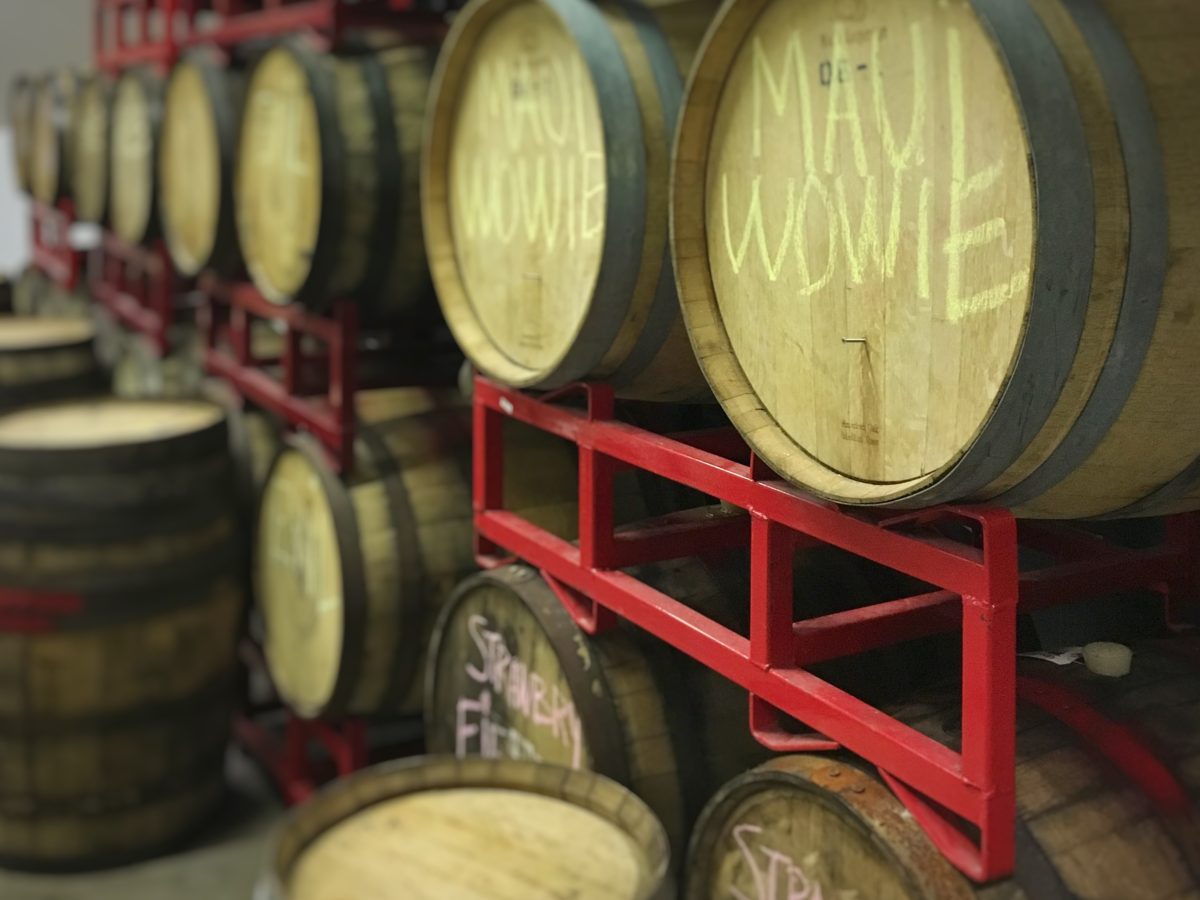 However, the recent success has not come without its own struggles. It takes a significant amount of time and effort to improve and perfect recipes when you only get to brew them once a year; there is no short-cutting the aging process.  There have also been major cross-contamination issues recently that drew the ire of the local craft beer community still cellaring older bottles.

Still, to say that Madhouse Brewery is trending in the right direction would be a massive understatement. The contamination issues of the past have now lead to a new dedicated space at the brewery to house barrels containing wild yeasts and souring bacteria. Bottles of Carpe Diem are in high demand across social media and Midwest trading forums. Further experimenting with adding different fruits and spices to the sour beers to create interesting new products. 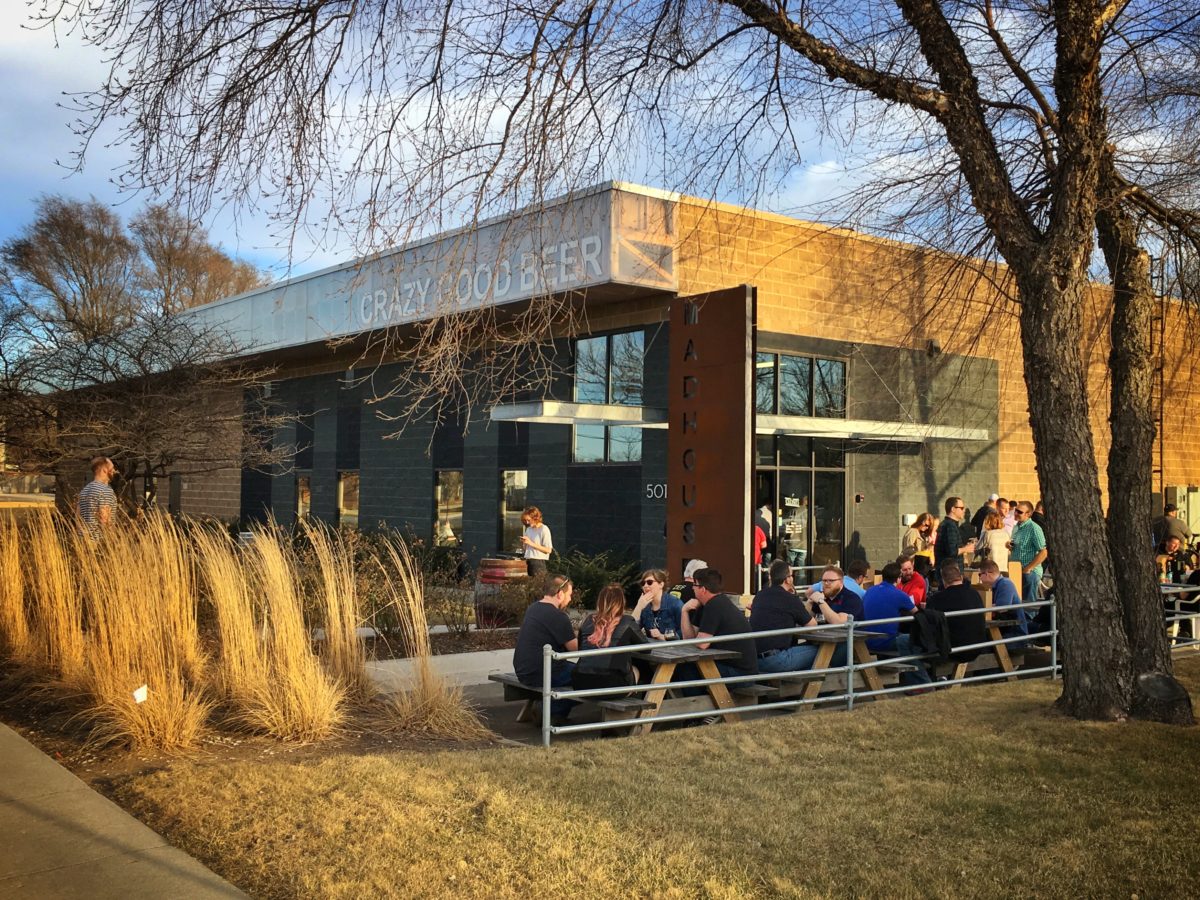 “Although we are definitely not the largest brewery in Des Moines, we are happy remaining small and focusing on quality.”

If Madhouse continues to product some of the most unique and flavorful brews in the state, they won’t remain this small for much longer.

Apr 28, 2017Tom Hardinge
7 Reasons Why The 2017 Culinary Affair Was One Of the BestThe Ultimate Guide To Central Iowa Farmers Markets
Comments: 0