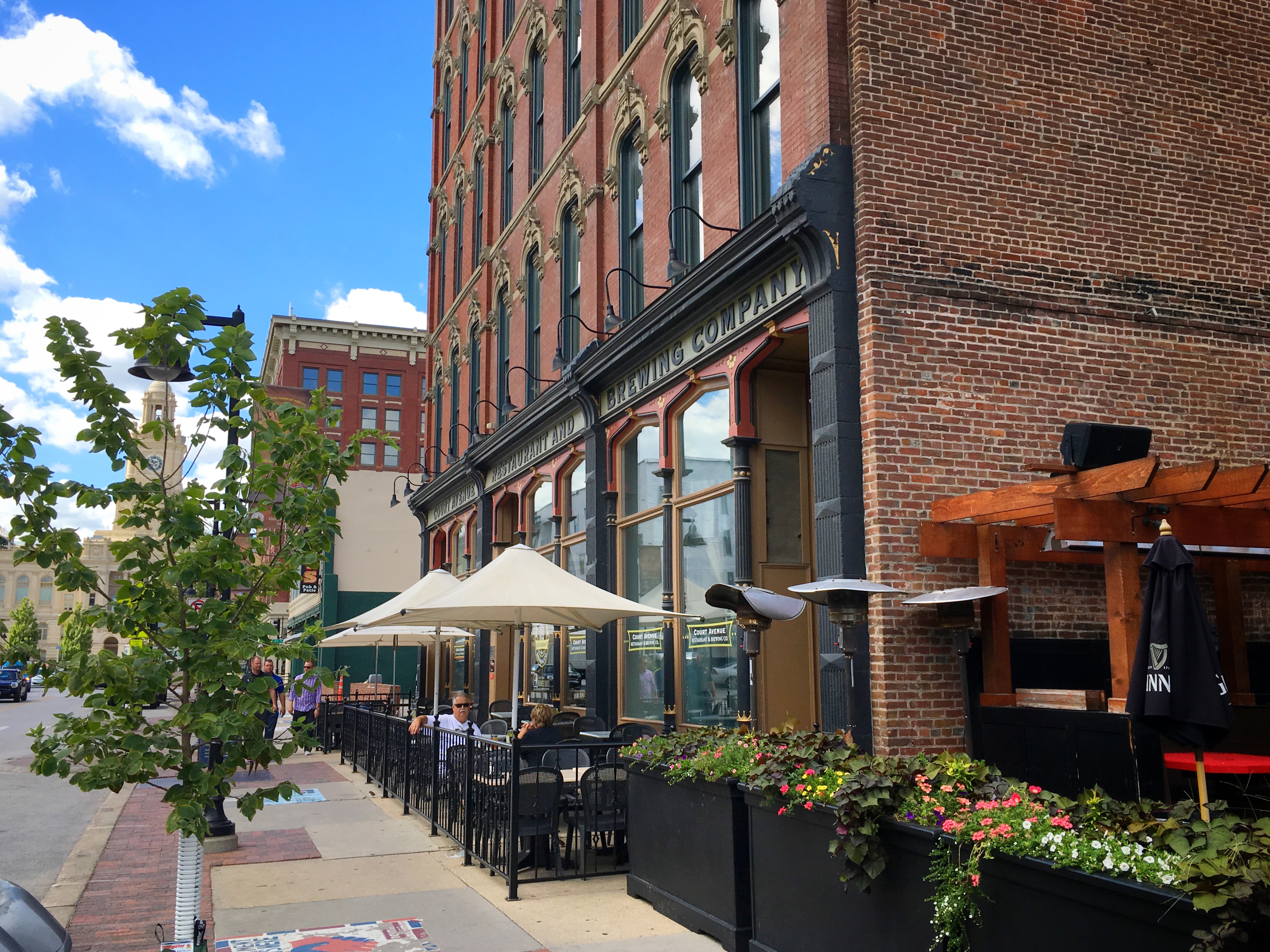 In 1996 I was middle –school aged kid refusing to do homework and jamming to Odelay by Beck on my new stereo CD-player. In 1996, Michael Jordan and the Chicago Bulls won 72 games on route to the first championship of their famed second three-peat. In 1996, the most common term for any beer not produced by Miller, Coors, and Anheuser-Busch was microbrew (and since we’re here: in 1996 Miller, Coors, and A-B were still separate, American-owned companies).

Those microbreweries of yesterday are the craft beer industry giants of today, yet in 1996 they were just fledgling enterprises trying to make better beer than the Americanized Light-Lager that dominated the landscape. Dogfish Head and New Belgium were both five years old, Lagunitas was three years old, and Stone Brewing had just opened its doors.

Another brewery closer to home opened its doors in 1996 as well and has remained a cornerstone of the local beer community ever since: Court Avenue Brewing Company.

Check any historical photo of Court Avenue and you’re sure to see it: the Saddlery Building at on Court Avenue (below, right).

Much like the brew pub that now occupies the first floor, the building itself (originally home to a successful saddlery company) has been a stalwart fixture in downtown Des Moines since 1881. While CABCo has called 309 Court Avenue home since 1996, previous tenants include a shoe maker, a stove manufacturer, and hat manufacturing company. Oh, and let’s not forget the 19 feet of Des Moines River water during the Great Flood of 1993.

Walk through the over-sized entrance and that history is evident everywhere. Gorgeous white tiled flooring greets your feet. Large historic black and white photos adorn the bare brick walls, still visible with markings of previous uses. The polished banister of the grand staircase begs to be touched, and the bar beyond wouldn’t look out of place as a speakeasy of decades past.

And while the brewery is only the most recent occupant within these four walls, it has arguably been witness to the largest change in the recreational drinking climate since prohibition.

Court Ave’s 20th anniversary party earlier this fall gave the brewing team an excuse to push the envelope even further, crafting three barrel-aged imperial stout variants with coffee, cinnamon, and maple additions for the occasion. Those of you who had a chance to try them experienced a rare treat for sure.

And don’t skip the homemade (non-alcoholic) Root Beer, either. This sweet treat is a summertime staple as you stroll the stalls at the Downtown Farmers Market.

From seafood to soul food (the Jambalaya is a must), and from starters to steaks, the menu at Court Avenue is as long as it is diverse. Everything is made from scratch and nothing goes to waste, a fact that both Scott and Justin are rightfully proud of. Take the pork tenderloin: this hand pounded, hand breaded, and never frozen sandwich (pictured below with crispy potatoes, and only available on Thursdays) is worth the price of admission alone.

“The brewery culture of small batch. That brewery culture of handmade extends through this whole place,” General Manager Justin Berkley began as I dived mouth-first into my handmade pork tenderloin sandwich on a recent visit over lunch. “I’m very proud of the handmade food here. The infusion of liquors is another thing we do that not a lot of places do. To operate that way, you have to be precise. You have to be detail oriented.”

It’s this attention to detail allows both the brewery and the restaurant side of Cabco to continually produce high-quality products. In fact, you won’t find yourself staying in business for twenty years, let alone produce two successful Des Moines area sister restaurants Americana and Gilroy’s, without it.

“Well, we were the first one granted in 20 years, and I think they thought that we’d be pretty quiet. Like, do people really want to drink craft beer at the Iowa State Fair? We can all see how that turned out. Craft Beer is now selling at the fair everywhere from The Depot to the Bud Tent.”

The impact of the craft beer tent is wider than just selling brews at fairs and festivals While craft beer geeks like myself spend 40, 50, 60 dollars going to bottle releases or beer festivals, that’s a lot of money for someone who has never tried craft beer.

“The beautiful thing about the Iowa Craft Beer Tent is that there is no barrier. I’ve had people tell me ‘I don’t drink craft beer so I’ve never come in’ [to CABCo]. Walking into Court Avenue Brewing Company, if you’ve never had craft beer, is more intimidating that I ever thought. Yet I’ve watched people walk around the tent at the Iowa State Fair and not buy anything, but they feel comfortable looking. Then all the sudden they come back an hour later with a buddy, walk up and get a sampler, or a couple of beers. They feel less vulnerable and open up, as the volunteer bartenders for recommendations based on what they already like to drink.”

The folks behind CABCo also played a huge roll in changing the craft beer landscape throughout the state. “There were a few law changes that made that happen here in Iowa. We first broke down some of those laws to become a brew pub, and then when the state of Iowa changed the definition of beer five or six years ago.”

Up until 2010, anything over 5% alcohol by volume had to be distributed through the Iowa Alcoholic Beverages Division, which is a state-run agency. The Iowa Wholesale Beer Distribution Association, with the help of Scott and the Iowa Brewers Guild, were finally able to build enough momentum to pass a bill in the state legislature that allowed for beer with an ABV up to 15% to be both brewed and sold in the state of Iowa.

Remember that the next time you walk in for a flight or pint at your favorite local taproom, then raise a glass to the elder statesman of Iowa craft beer: Court Avenue Brewing Company. Better yet, just head down to 309 Court for a history lesson and a brew…you won’t leave disappointed.

Special thanks to CABCo owner Scott Carlson and GM Justin Berkley for taking the time out of their schedules to rap about all things CABCo and Iowa Craft Beer with me. We talked for over an hour and could have gone on for even longer. Also, thanks to Des Moines PR Guru Lacy Brunnette for arranging our meeting.