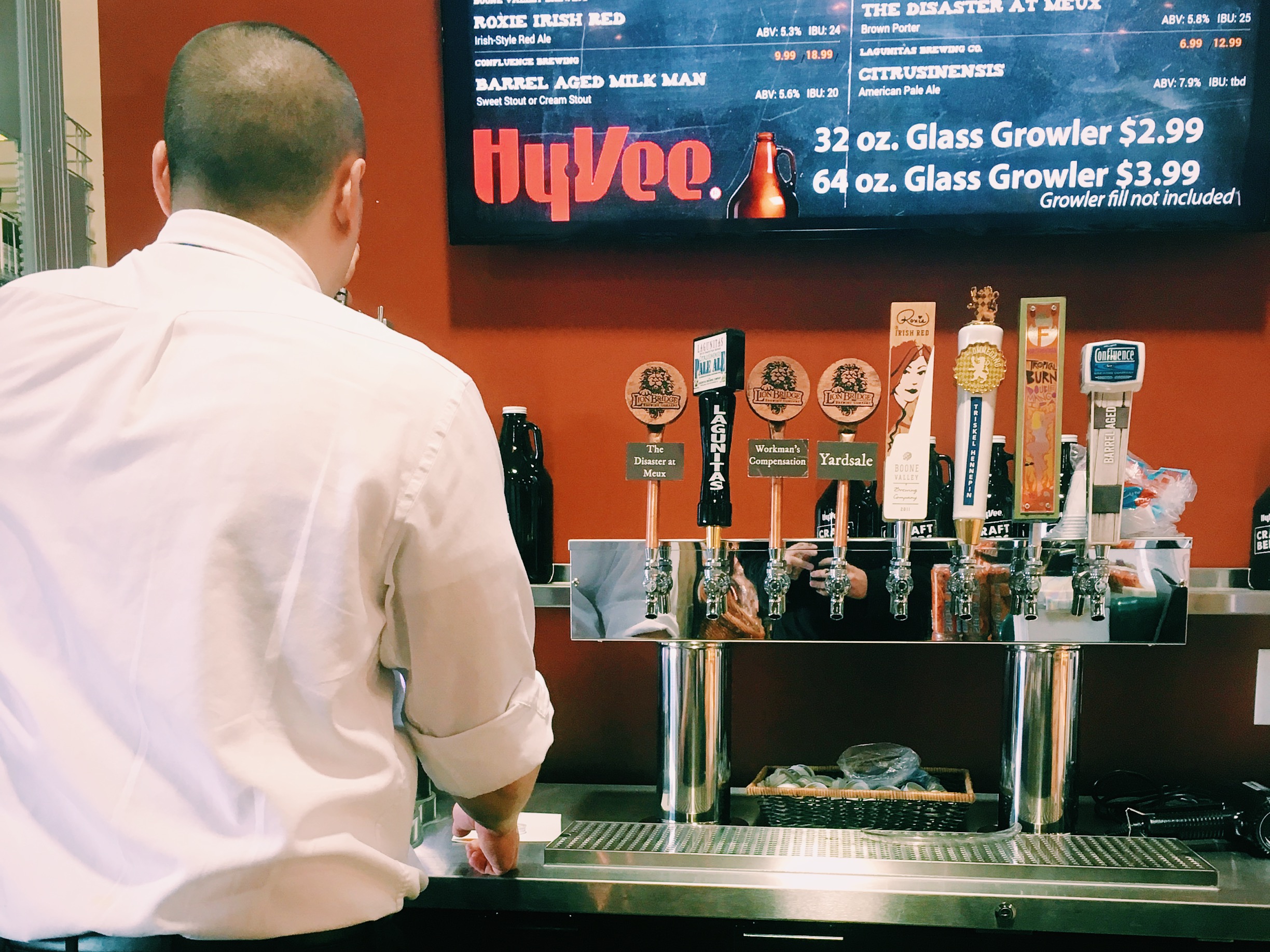 When I first started home-brewing, one of the things biggest things I wasn’t prepared for wasn’t even part of the process itself; it was the lingo. As any home-brewer/craft beer junkie can attest, the litany of terms used to explain beer and the brewing process can be, well…intimidating. Trying to learn them all at once can seem like an SAT Prep course. For example:

And the list goes on…and on…and on. Go ahead, see for yourself!

One term we’ve recently been hearing more of in Iowa is Growler, which is simply a jug or pail-like container used to carry draft beer. Growlers are usually 32 or 64 (1/2 gallon) ounces in volume and made of glass, with a handle on the neck for easier transport.

Until recently, growlers have been most commonly associated with craft breweries as a means to sell their beer to-go. Now, thanks to Iowa legislators, the reach of the growler is growing. A law allowing grocery and convenience stores to purchase draft beer and sell it to customers, went into effect July 1, 2015, and here in the metro area we’re finally starting to reap the rewards.

So if you looking to enjoy some fresh craft beer from the tap, but prefer to imbibe from the comfort of your own couch rather than the noisy crowds of downtown Des Moines, here’s where to start:

Filling up your car with gas? Fill your growler with beer while you’re at it! To my knowledge, this is the first (and only) gas station in the metro area with its own growler station inside. And despite only having eight taps, you can still find some goodies: Goose Island Lolita was on for opening day, and (as of last week) one of my favorite locally brewed IPA’s is on as well.

With Hy-Vee’s ever increasing popularity (seriously, try shopping for beer on a Friday afternoon), expect more rotating taps and an increasingly enviable line-up. Recently I’ve spotted Lionbridge Yard Sale, Surly Todd the Ax Man, and Boulevard Rye-on-Rye-on-Rye…highly-coveted (and delicious) beers that would be hard to find at most other bars in town. Most locations manage their own supply on their eight handle system, so if one store doesn’t have what you’re looking for, you might have better luck at the next.

Locally owned, the OG growler to go station comes in strong with 18 taps to choose from. Which, depending on your personality, can either be a very good or very bad thing. Expect to find everything from Shiner Cheer to Ballast Point Pineapple Sculpin, with many local options mixed in as well. And unlike Hy-Vee, I-35 offers and accepts the “Boston Round” style growler (think Red Stripe bottle, but bigger) as well as the standard handle-style glass.

(Full disclosure: I-35 has been the only growler-fill station I haven’t managed to make it into yet; when I tried last week they were temporarily closed.)

Each stop uses a common operating platform called the Growler Station. In case you’d like to see which beers are available before you make a trip, well…”there’s an app for that,” although I haven’t had much success using it. In my opinion, your best bet would be to follow your favorite stop on twitter or go old-school and call ahead.

If you want fresh draft beer but don’t want the hassle of purchasing, keeping, and cleaning out a growler before each purchase (most locations don’t offer cleaning before filling), opt for the Crowler. Yes, more lingo, but stick with me here: a Crowler is a one-time use can-growler to transport beer from the tap to your fridge for later consumption. You can find these at el Bait Shop and the Iowa Taproom, among others, but keep in mind that they aren’t re-sealable and won’t keep your draft beer fresh as long as a capped growler would.

When it comes to access and convince, Growler Fill stations are a great addition to the Iowa craft beer scene. Obviously, for every additional trip made to a growler station, there is one less trip made to the local brewery. But finding access to beers that I would have otherwise traveled a few hours just to sample makes it worth the tradeoff in my opinion, but they will never come close to replacing a trip to my favorite local breweries for a pint or a bottle share. The only problem? Figuring out what to do with all those dust-collecting empties that could build up on your garage shelf if you’re not careful.

Ooh look, Pinterest has some cool options! I mean, so my wife tells me…

No Corkage Fee – No Problem in Des Moines
5,350 views
Skip to toolbar