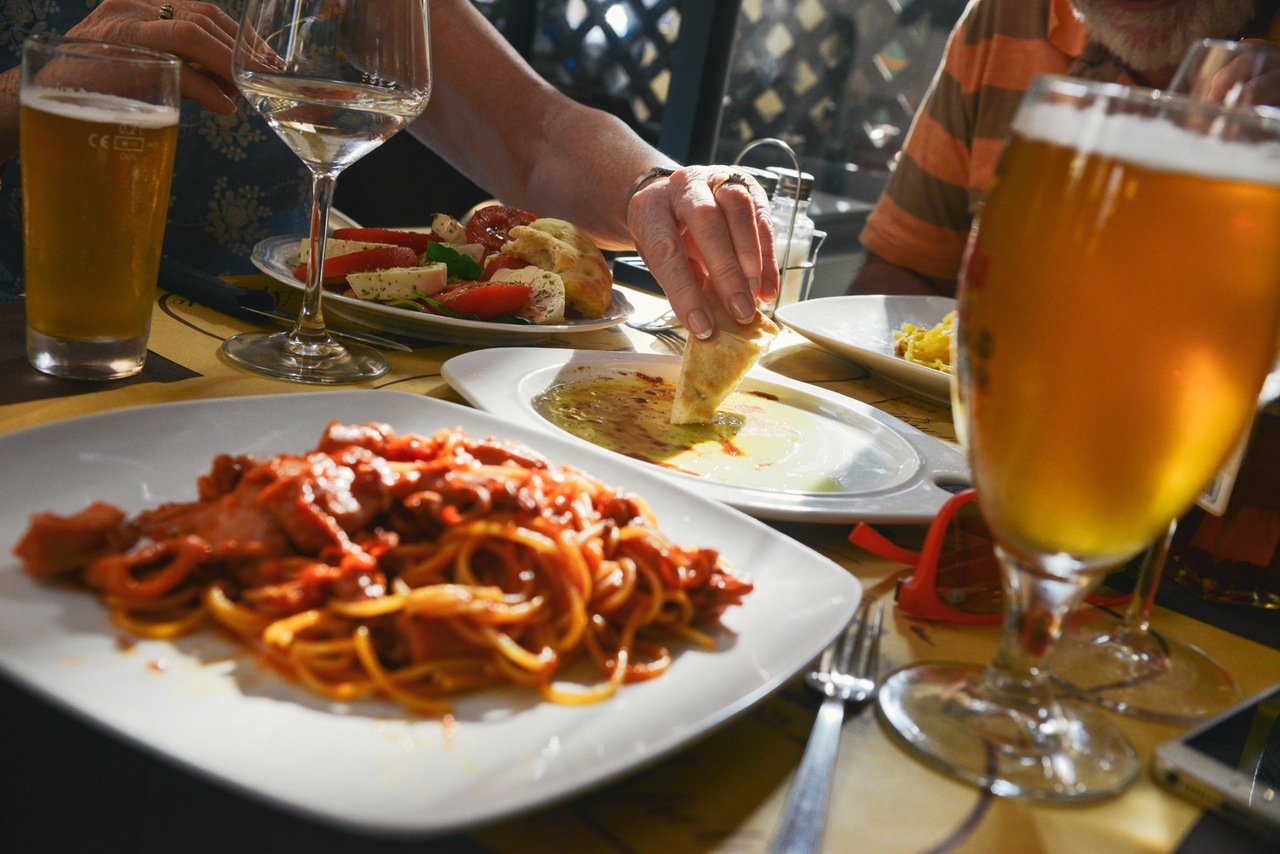 The stereotypical pairing game is most commonly know with wine. They say you must drink wine with chocolate, red meat and other items.

What about beer though?

Damo, from Summit Brewery, said at a beer dinner once, “pairing beer and food is one of the hardest things to do.” Beer isn’t just made for the tailgating brats and hot dogs. It can complement a meal just as nice as a sit-down steak dinner or a fancy dessert.

We’re about to take a dive into the beer and food pairing world by looking at different cuisines that pair with various types of beers.

We’re not going to just give you the name of a random beer; we’ll be focusing in on local Des Moines breweries. So, the next time you’re out to dinner or cooking at home, you’ll know exactly what kind of beer you should be drinking with your meal.

Move over wine, beer fits in this category. Combining the right style of beer with chocolate will bring out the roasted characteristic. If you catch yourself munching on goodies from local chocolatiers like Chocolaterie Stam, The Chocolate Storybook or Beaverdale Confection Co., you’ll be wanting to have one of these beers handy.

A hearty maple syrup and vanilla flavor along with some coffee notes. Smooth.

“The nose is sweet with a strong chocolate and caramel presence. Our brown and chocolate malts as well as roasted barley and hops accommodate the full flavor you deserve and expect in a porter.”

“This stout reliably delivers with Irish stout malt, Special B, chocolate malt, roasted barley and flaked oats. Served on nitrogen through a stout faucet, this black brew is extremely rich and smooth with notes of chocolate and a hint of coffee from the dark roasted barley, with plenty of sweetness.”

Pairing certain styles of beers with rich meats such steaks or a one-pound burger will bring out a more pleasant and savory taste. So, whether you just picked up some fresh ribeyes or you’re out to eat at the winner of Iowa’s Best Burger competition you’re going to want to make sure that you have one of these beer styles to pair with:

“A well-balanced caramel & chocolate notes & an astounding use of Glacier & Cascade hops.”

“The malt character is balanced with three varieties of hops.”

The intensity of the pork fat can stand up to strong beer characteristics. So, if you’re enjoying a classic Iowa pork chop or perhaps devouring bacon at Baconfest or a weekend brunch, you’re going to want to keep an eye out for these styles:

Olde Main Brewing – Dinkey Wheat
“Named for the train that used to run from downtown Ames to the ISU Campus, the Dinkey Wheat® has a flavor derived from coriander, chamomile, and orange peel, making for a unique drinking experience.”

“Cream stout with lactose sugar…”that’s why it’s a cream stout.” Cocoa nibs and bourbon vanilla beans make this beer creamy and chocolaty. Hints of coffee from 2 types of roasted malts. Candi sugar for a bit of marshmallow. We wanted a stout, so why not a cream stout? Because we can, and we did.“

“A delicious, malty beer with a slight spice and fruit aromas and flavors.”

From a bucket of wings on game night to chicken parmesan on date night, the ways chicken can be prepared is as endless as the hop varieties grown in Oregon’s Willamette valley. And much like the way a brewer chooses hops to fit the grain bill, one must consider the way the chicken is prepared before pairing it with the perfect beer.

Fried Chicken – Known mostly as a greasy fast food option, when prepared well-fried chicken can be quite delicate and nuanced. Choosing a bitter, hop-forward IPA here would throw off the balance between dish and drink you are trying to achieve, so reach for a maltier, cleaner brew like an English mild or brown ale instead. Try Lionbridge Brewing Co.’s award-winning Workman’s Compensation, a dark mild with toasty flavors to compliment the crispy fried chicken. Although it pours a dark amber, it’s medium body and low ABV (Workman’s Comp comes in at only 4% ABV) are light enough to enjoy a few with your meal and not feel full.

Wings – Unlike fried chicken, your beer needs to be the counterpunch the bold, spicy, in your face flavors of chicken wings. And when it comes to bold flavors, no beer does a better job than an American IPA. While there are many good choices locally, my hands down favorite is No Coast IPA from Peacetree. Amarillo, Citra, and Simcoe hops provide 95 IBUs of bitter goodness and enough flavor to cut through even the hottest of sauces.

Roast – Few meals are more basic than a roast. There’s even a very “rustic” appeal to seen an entire chicken seasoned with herbs and spices roasting to perfection in a cast iron skillet. So when I think herbal and rustic, saison and farmhouse ales immediately come to mind. While there are a few classics available in Des Moines (Saison DuPont is a no-brainer), for a more local option check out the Madhouse Brewing sour & brett lineup. The Satori Saison is slightly tart has just the right amount of fruitiness and funk to contrast the earthy spices of the roast.