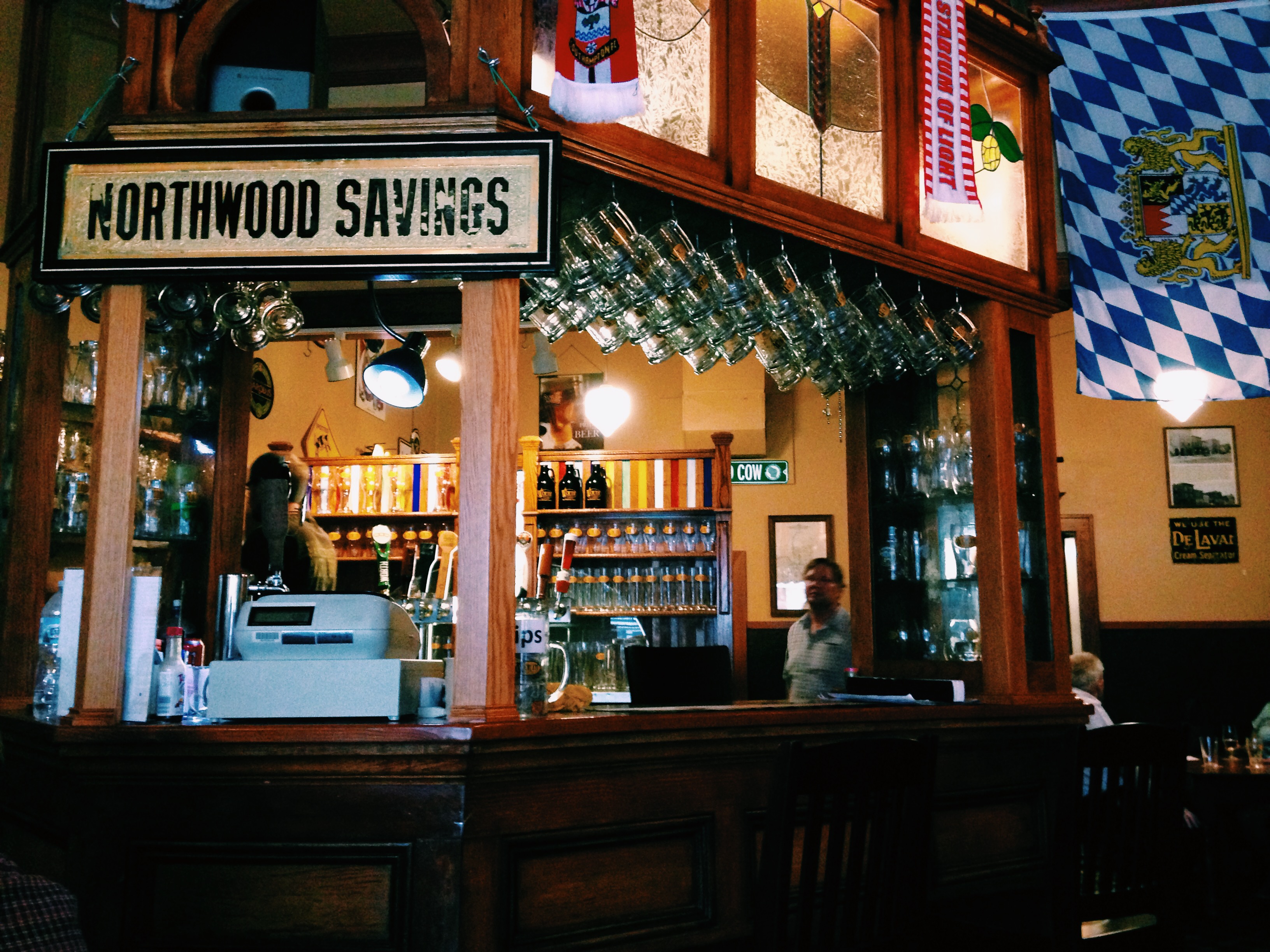 There’s just something special about the hunt for craft beer. We read up on articles, taste test with friends and even drive hours and miles just to experience a great craft [beer]. I’m a pretty regular weekender in Clear Lake, Iowa. There was a lot of excitement when Lake Time Brewery opened up. It’s still one of my go-to spots for a beer or growler fill before a boat ride but every once in a while you gotta get your sandy bottoms [beer pun – that’s the name of a popular Lake Time beer] up and visit a new establishment.

I first heard of Worth Brewing company when I ran across Joel Aschbrenner’s post on the Des Moines Register talking about craft beer in rural Iowa. Of course, if I’m only about 20 minutes away from Northwood, Iowa in Clear Lake, I’m definitely going to visit. So – I went on a field trip.

A quick drive up I-35 north brings you to Exit 214 in Worth County.

You can get lucky going west or east. If you head west you’ll end up a Diamond Joe Casino or if you head east, you’ll be heading in the direction of a great beer.

As you drive into Northwood there are some really pretty pastures and some impressive homes. I was so impressed with center street – can I say it was cute and very well maintained. I love historic towns and this one has plenty of historic buildings. It always makes my mind wander to what it was like back then. I’m guessing they weren’t drinking nearly as good of beers as we were about to that night.

Worth Brewing has been serving beers since 2007.  Their brewing system has a capacity of one-third of a barrel. A barrel is 31 gallons. A keg is a half-barrel. You can see their new building efforts just across the street from the current taproom. Their new property is planning to have a seven-barrel brewing system.

Out of all of the selections I had both of the IPAs.

The first one I had, the Field Visit IPA, was very earthy and didn’t have too bitter of a hop profile – which was exactly what they were going for. If my beer notes are right, it was an English IPA. Their other IPA, the Field Trip, was a great choice. A standard American IPA with a great citrusy hop flavor at the end.

As you can see from some of the pictures that it’s an old, historic building.

The history of the building:

The building you’re in was constrcuted for the Worth County State Bank in fall 1886. Utility companies owned the building from 1921 until 2006.

Worth Brewing Company has been rehabilitated to its 1935 “modernization.” On the building front, the 1935 blue and white flash-glass panels were a pleaseasnt surprise underneath a plywood sign. A bricked up front was revoed and rplaced with one of the largest panes of glass in Worth County. The retratable awnings replicate those of mid-century. Inside, most of the rehabilitation involed removing late 20th century remodeling. A false ceiling, walls and interior rooms were removed, exposing the hand-crafted plaster walls and ceiling molding. The innovative 1935 cork fllors in the bathroom/kitchen area were restored. The only obvious remnants of the 1886 bank are the tile and wood floor in the front of the tap room which were buried under layers of playwood, linoleum, and carpet.

The bar was most likely the original bank tellar cage (1906).

When you walk through the building, you can take a look at their little brewing area.

And thru the brewery you’ll come out to a nice patio. It has a little fire pit and a charcoal grill which looked like it would be a fun spot on a cool summer or fall evening.

Overall, it was well worth the trip! It’s always exciting to visit new small towns. The people were friendly, the beer was great and I can’t wait to see their growth and style of beers they come up with next. Make a 2 hour drive and tell your friends to visit after you have a nice pint from Worth Brewing Company.