The Curse of the Whale 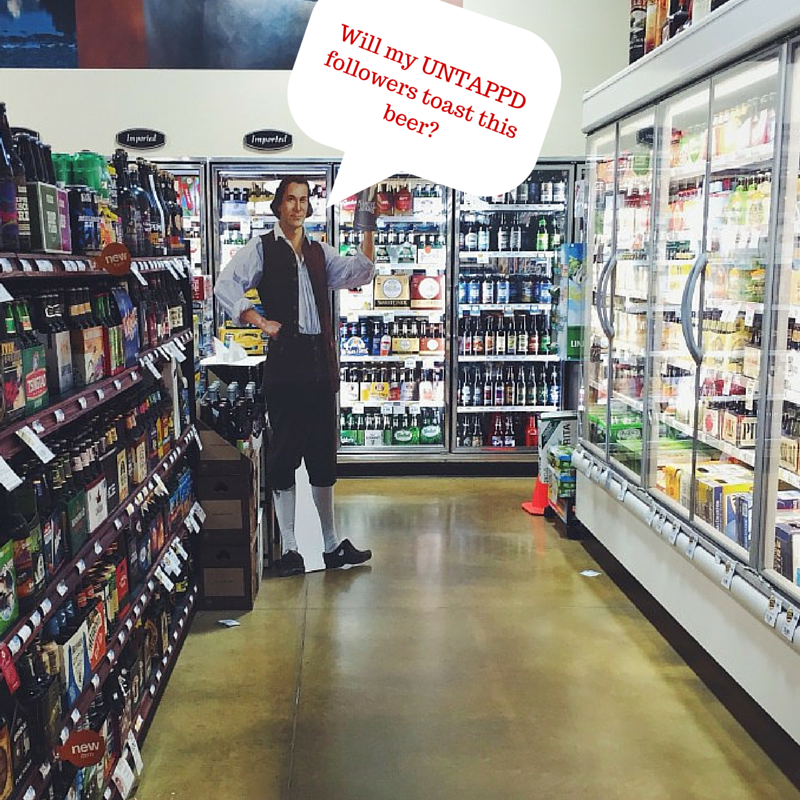 It started with a Surly Furious.

A four pack, actually. On sale at my neighborhood Hy-Vee for $9.99.

Surly is brewed in the twin cities, and hasn’t been readily available outside of Minnesota until just this year. Twelve months ago I would have been ecstatic to find Furious on grocery store shelves in Des Moines, let alone on sale five minutes from my house. Yet now after searching the aisles for another ten minutes or so and not finding anything else I deemed to be a “better choice,” I grabbed the Surly, paid, and left the store rather ambivalent about my purchase.

And that’s when I realized craft beer is ruining me.

Unfortunately, the world of craft beer in which we live isn’t immune to one of the latest digital media driven trends: FOMO. The Fear Of Missing Out. For me, the process usually begins something like this:

[Scrolls through UNTAPPD feed…] “What this? Friend @johndoe is drinking a Heady Topper tonight and follower @janesmith is enjoying a Cantillon Fou’ Foune?! How’d they land those whales? Where is my invite to try them?”…”Once I get my hands on Rare Beer X or open Beer Z from my cellar, everyone will be envious of me!”

More than I’d like to admit, my craft beer purchases are driven by social media…and I don’t think I’m alone.

…tend to drive my purchases more than the only two questions that should matter: “Does this beer taste any good?” and “Can I justify the cost?”

Even now, writing this out seems ludicrous in retrospect…but it’s true. I’ve gotten too far away from searching out good taste (at a reasonable price) in order to build and (in my mind) maintain credibility with dozens of people across I don’t even know personally.

All About That Chase

It’s been well documented (here and elsewhere) that the craft beer scene in Des Moines has exploded over the past few years. That explosion has brought with it a wealth of new options to choose from each time we head to the beer aisle at our local supermarket.

While the Iowa market pales in comparison to some of the big name craft beer states, we still have amazing access to top-tier beers throughout the year. Occasionally the release of extremely limited availability beers like Bell’s Hopslam, Founders KBS, and Goose Island BCBS attract craft beer fans from the woodwork and facilitate a “get-‘em-before they’re gone” used car salesmen atmosphere on social media. Which, in turn, makes the window to get said extremely limited availability beers, well…extremely short-lived.

For the casual craft beer fan reading this post, imagine if Starbucks only made their Pumpkin Spice Latte available once a year for six hours on October 15th. It’d be pandemonium, amiright?

For the rarest of beer releases, it’s sort of like that. I’d be lying if I told you that it wasn’t an adrenaline rush to hunt down these rare beers, and then an even bigger rush  to score one (then tweet about it, natch). Sure, this approach to buying beer can lead to short term disappointment when you don’t land what you’re after, but chase in itself isn’t the issue. The problem is that when I start associating that rush with my weekly beer run, I’m inevitably going to be let down in the end.

In essence: it becomes the curse of the whale (n: unobtainable obsession; see Ahab, Captain.)

I end a lot posts with a bottom line, but here it should go without saying: just drink what you like.

And don’t let people like me tell you what’s good and what isn’t.

However, just for the record…let it be known that Surly Furious is a damn good beer. One of my top-five “go to” brews with a distinct malt flavor that separates it from the IPA pack. We’re lucky to have this fine beverage here in the Hawkeye state so that I don’t have to wait six months before my next trip to the twin cities to snag more.

Oh, and don’t worry: I still love me some craft beer…ruined or not, I refuse to revert back to drinking Americanized Lite-Lagers. I just know that there are smarter, better ways to choose which brews I’ll snag on my next beer run. Choices like whether I drop $20.00 on two full six-packs made at Exile Brewing Co. right here in Des Moines or on a single bomber of barrel aged imperial stout from a corporate brewery halfway across the country should become a little easier to make in the future.

As they say, the first step to recovery is admitting you have a problem. Now that I’m aware of my unhealthy craft beer shopping behaviors I can hopefully set out on a path to redemption.

Has anyone else out there been ruined by craft beer?