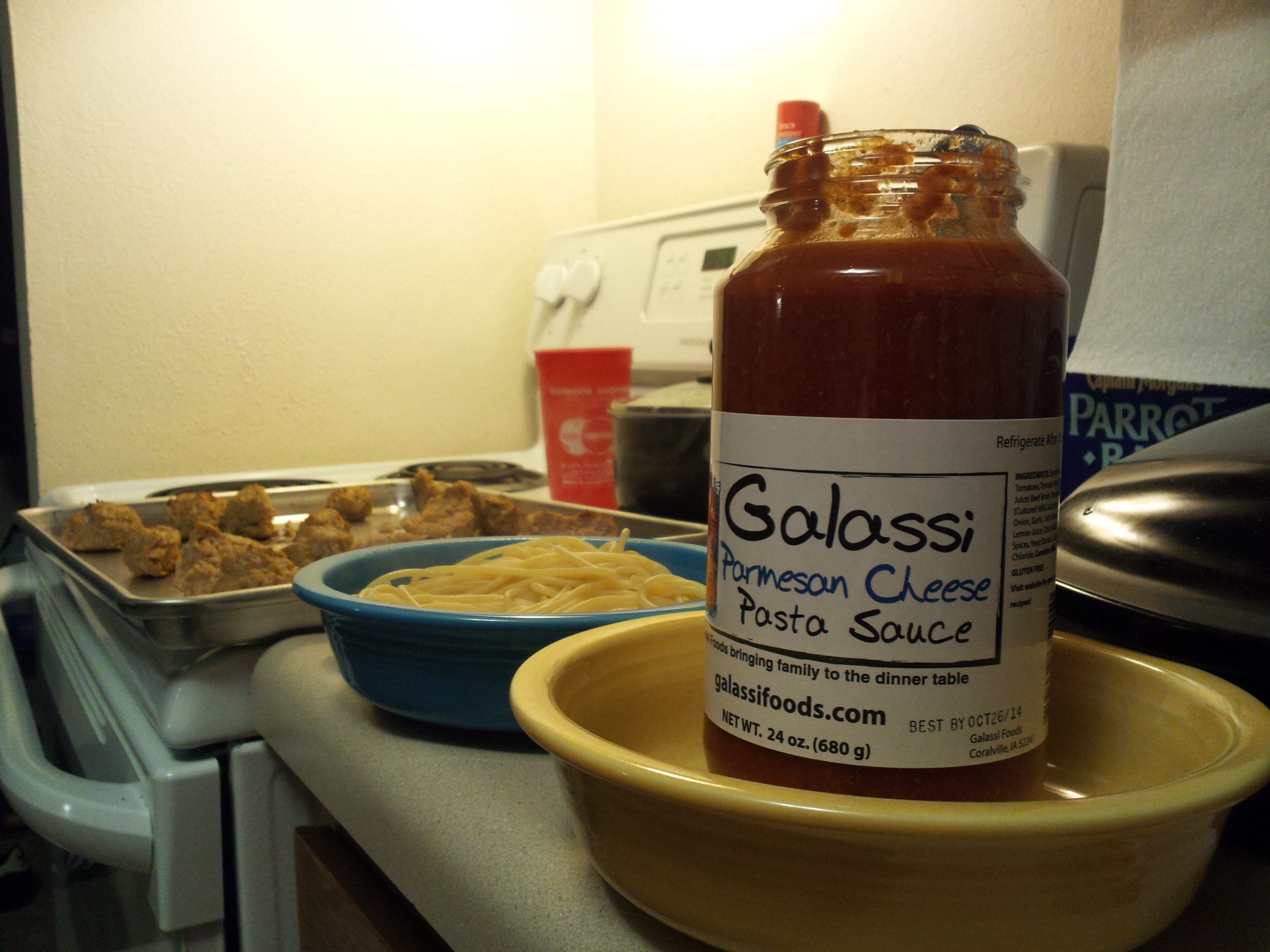 Boy, do I have something to highly recommend right now!

I had received an email saying that Galassi Foods would like to send me some of their pasta sauce to sample. I said, of course! Being in college, and an athlete, I have had my fair share of pasta dinners with some mediocre sauces. I was eager to try something new.

The Galassi family has always been into cooking. They would have “Soul Food Sundays” which filled the day with cooking and family. Eventually, this led to the creation of Galassi Foods, which was founded in 2009. I’ll let you continue reading about their story here.

About a week ago, I opened up one of the two jars that the Galassi family sent me.

I opened up the Parmesan cheese first. I could tell the second that I opened the jar I was in for a great sauce. The aroma was sweet and tangy and I could tell by looking at the sauce that it was going to be loaded with flavor.

If you look at the second picture you can actually see little white pieces. That is actually the Parmesan cheese. This isn’t just a ‘flavor’ of Parmesan cheese, it’s the real deal. Besides the Parmesan cheese, there were bits of tomato that seemed so fresh, and real. Not just another tomato sauce, ya know what I’m saying? The flavor was bold, and sweet. Just right for your spaghetti and meatballs.

The biggest thing I can tell is that Galassi Foods puts care into their product. The quality is amazing. I am looking forward to trying out their mushroom pasta – I can imagine that it will be very similar to the Parmesan cheese.

Seriously, Des Moines, grab a jar of this ~ if they don’t have it in your grocery store print this sheet off so you can enjoy this awesome sauce that I had the privilege to do.