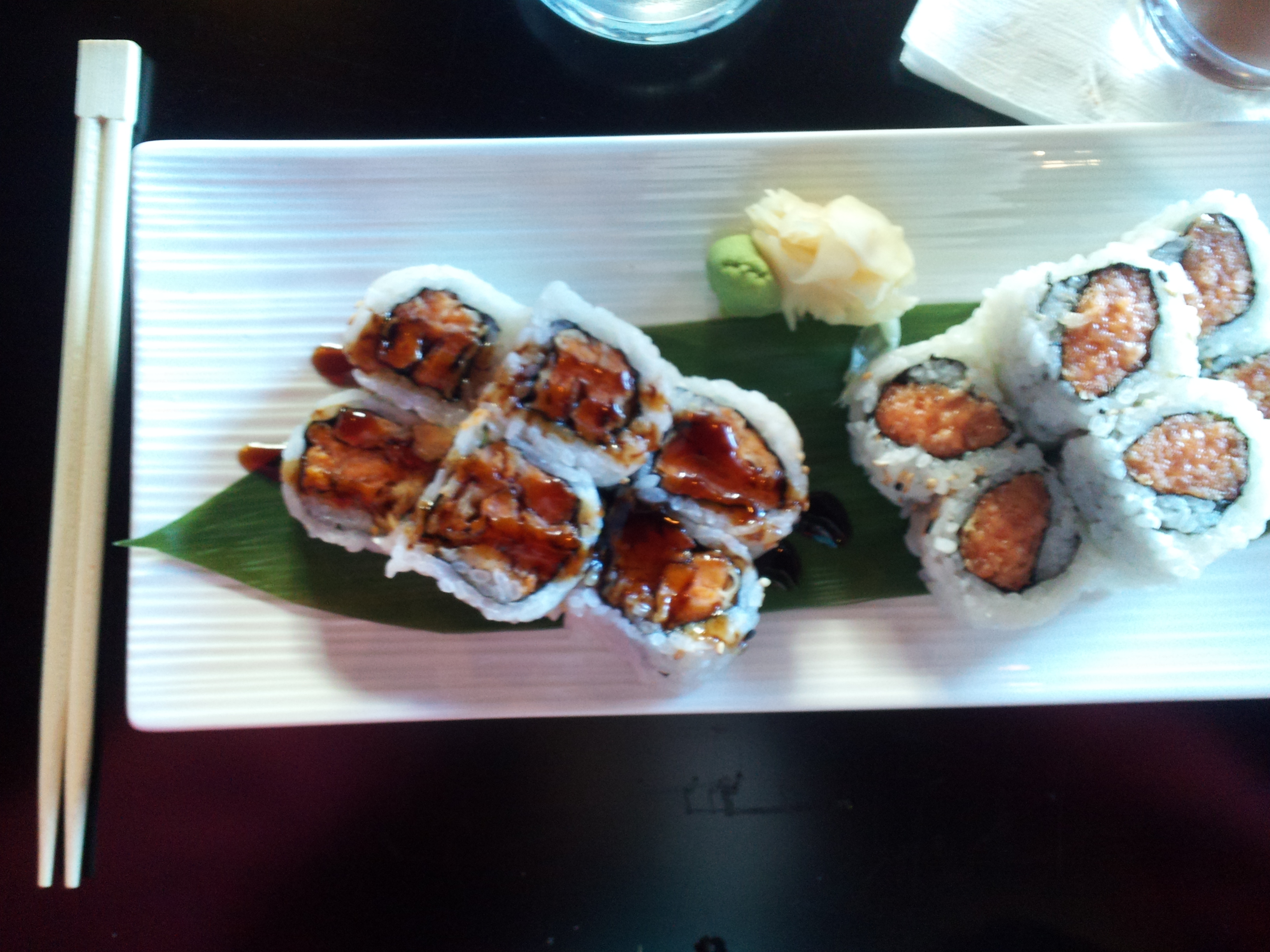 I was planning on getting a bite to eat in the city but wasn’t quite sure on what. I had an appointment at Skywalk Barber so I was either thinking Fong’s before or running by B&B Deli after. Those two options were wiped out once I saw sushi right across the way from Fong’s. Sorry Fong’s, I’ll pick you next time. Anyway, a friend of mine had been talking about a new sushi restaurant downtown but I couldn’t remember exactly where it was. Turns out I was headed there for lunch.

Wasabi Tao is located in the lobby area of the Kirkwood building on 4th street.

I have been craving a good Bloody Marry for some time. I’d have to say this is probably the second best one I have had. The best one is at a little bar in Clear Lake, Iowa. They call this the Japanese Bloody Marry:
Ingredients

My lunch: I really like the way sushi bars do lunch. They usually have a great special. Wasabi Tao’s lunch deal is two rolls, and a choice of salad or soup for $9.50.

The sweet potato roll was awesome. It was my second time trying one. It’s a nice alternative to the raw sushi. I would always alternate in between the salmon and the sweet potato. Great combos.

I would LOVE to visit again and try some of their other rolls. According to another Des Moines food blogger, Des Moines Good Eats, she loves the Crazy Friday roll. I’ll have to get that next time.

No Corkage Fee – No Problem in Des Moines
5,016 views
Skip to toolbar