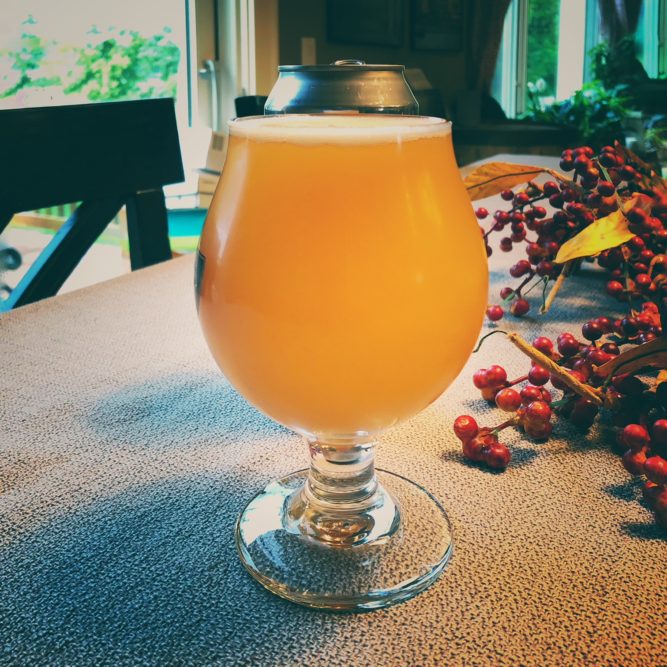 September is upon us. Labor Day has come and gone, and with it, the unofficial end of summer and the beginning of fall. In the beer world, that means Oktoberfest Lagers, Pumpkin Beers, and the return of the largest beer festival in the country: GABF.

For craft beer fans across the country, a trip to the Great American Beer Festival means the opportunity to sample high quality beer from many of their favorite breweries they may otherwise not have access to all in one place. For the brewers, not only is the festival a place for fan engagement and beer sharing, but also a competition. Breweries enter their beers by style to be judged by the festival’s Professional Judge Panel in hopes of earning a coveted bronze, silver, or gold GABF medal.

I’ll be returning to the Great American Beer Festival again this year with the Iowa Brewers Guild. Last year at this time, all the talk was slow ticket sales. While sales have been even slower this year, the pre-festival conversation has (thankfully) shifted back to the beer. Specifically, the “new” kid on the block: New England style Pale Ales and IPAs.

To be clear, this style of hazy, aroma-forward, smooth-drinking beers is hardly new. The roots of the New England IPA can be traced back to Heady Topper in the early 2000’s. Once brewed only as a house beer for The Alchemist Brewpub in Waterbury, Vermont, the success and popularity of Heady lead to a 15 bbl packaging facility in 2011 and a state-of-the-art 16,000 square foot facility in 2016.

In the meantime, other breweries across the region began to imitate this highly sought-after beer. This lead to the development of their own coveted interpretations of the style. Popularity further increased with the rise of online community rating and social media websites. Finally, the Brewer’s Association, founder and host of GABF, formally recognized the style with three new competition categories for 2018: “Juicy or Hazy Pale Ale,” “Juicy or Hazy IPA” and “Juicy or Hazy Double IPA.”

In this first year of competition, over 700 entries were entered across the three new categories. With 414 entries for Hazy or Juicy IPA alone, the American IPA is no longer the top beer style. Call them what you want: hazy, juicy, or the or catch-all term “New England IPA.” These beers are here to stay.

Gone days of trading away your best barrel-aged bombers for canned hops inevitably months past their prime. With so many great examples of the style being made right here in Des Moines, it’s hard to justify spending your hard-earned dollars on shipping costs and secondary market values. Here are a few examples of terrific New England Pale Ales and IPAs you can find right here in the capital city.

Nothing beats that first sip of fresh #craftbeer at the end of a long bike ride. #GBHdetours #drinklocal #VSCOcam

Passé; 515 Brewing Company – Any conversation about NEIPAs in the metro needs to start with 515 brewing company. Brewer Barb started producing these hazy, smooth, aroma-forward pale ales long before I understood exactly what they were. Any beer from her “Meh” series is a good bet, but if Passé is on tap, don’t “passé” it up. (Sorry, had to.)

Neon; Barntown Brewing Company – Unlike other breweries slow to catch on to the haze crazy, Barntown began brewing with full intention of recreating some of the nation’s most sought-after juicy brews. Any IPA or Pale Ale on their menu will land you a cloudy juice bomb, but Neon has become their flagship of the style. (Insider tip: we will be pouring Neon at GABF!)

Crest of Cashmere at @ExileBrewingCo is a double dry hopped pale ale brewed with Citra, Mosaic, and Cashmere hops. Familiar IPA aromas; flavors of tangerine, mango, and peach make this an easy drinking brew with some citrus to whet the palate. 5.9% ABV, 35 IBU. pic.twitter.com/xbrxLpQ6XS

Crest of Cashmere; Exile Brewing Company – Although more known for its rotating selection of fruited “Bohemian” Berliner Weisse beers, Exile has continued the series trend with Hop Chronicals; hazy pale ales and IPAs that each utilize a different hop variety. Crest of Cashmere highlights the Cashmere hop and makes for an easy drinking pale ale with lower bitterness and a soft mouthfeel. 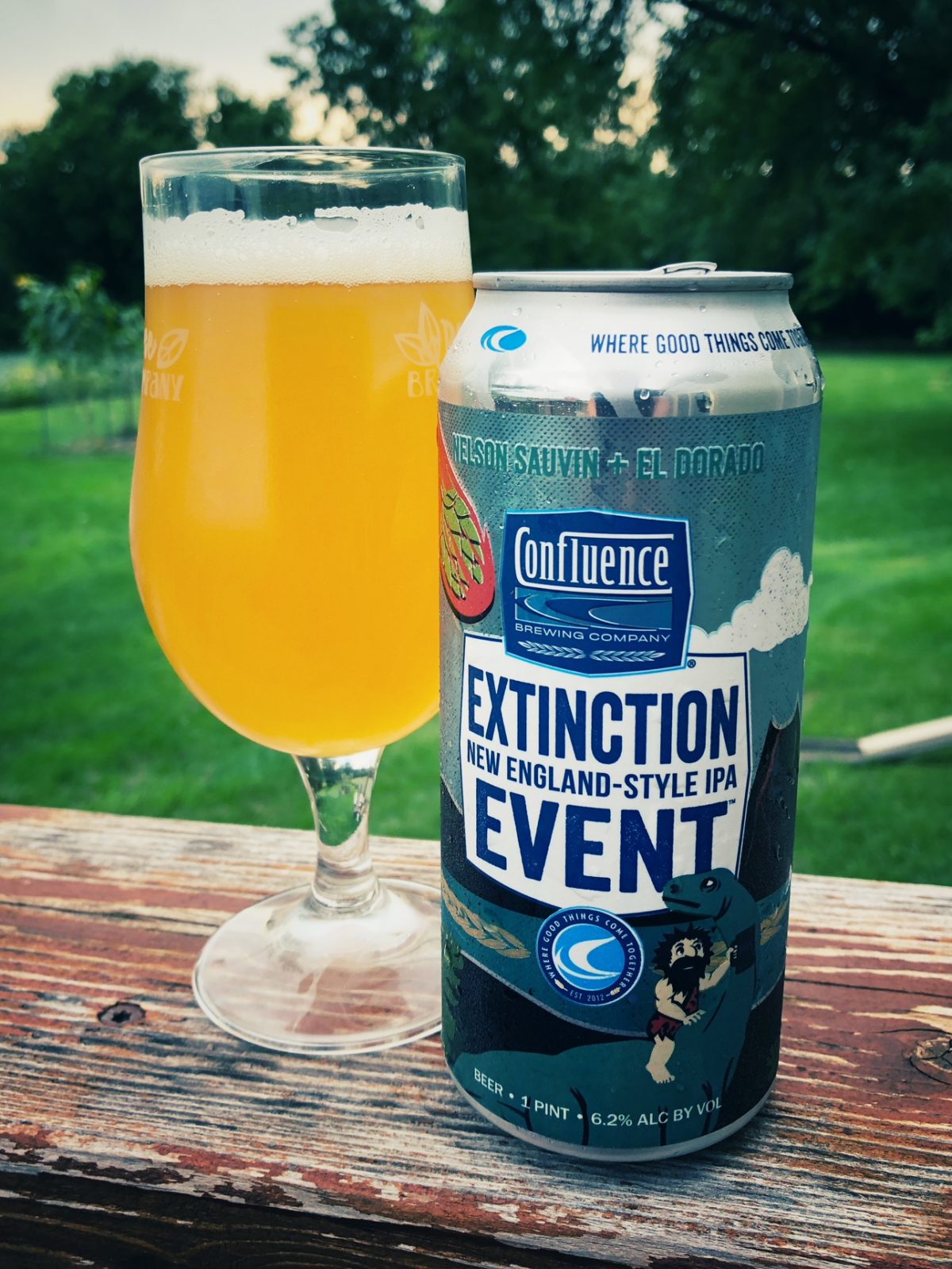 Extinction Event; Confluence Brewing Company – With CBC’s portfolio filled with traditional recipes and flavors, John’s new rotating experiment of Hazy IPAs may be one of the biggest shifts in Confluences brewing history. Look for batch four with Nelson Sauvin and Columbus hops in stores right now. Here’s hoping they bring back batch two, with Bravo, Citra, and Simcoe hops.

I Can’t Believe It’s Not Bitter; Peacetree Brewing Company – From beers like Spontaneous, a spontaneously fermented wild ale, to Jizake, a rice beer based on Japanese Sake, Peacetree is producing some of the most creative beers in the state. Their take on a juicy IPA, I Can’t Believe It’s Not Bitter, first made an appearance earlier this year around the Iowa Craft Beer Festival. If you blinked, you probably missed it. Don’t worry though, ICBINB is coming back again this fall.

Killer Queen Bee; Brightside Aleworks –  From a wheat beer infused with cranberry to a stout that tastes like a Thin Mint, the homebrewer-turned-pro power couple of Brightside Aleworks isn’t afraid to take chances with their beers. Their latest NEIPA is made with with locally sourced honey and double dry-hopped with Galaxy, Mosaic, and El Dorado. The beer packs a punch and lives up to it’s name, weighing in at almost 8.5% ABV.

Not in Des Moines?

No problem! There are many other breweries across the remainder of the state making great hazy pale ales and IPAs…including a few that have gained a respectable following of their own. These include Decorah’s Sweetheart by Pulpit Rock; Majestic Beast by Lion Bridge; Big Ed by Big Grove; and Drugstore Cowboy by Franklin Street are all outstanding examples of the style.

Breweries are constantly innovating and experimenting, so as the popularity of the New England IPA continues to rise, so will the number of good examples throughout the state. Did I miss your favorite? Let me know in the comments below.