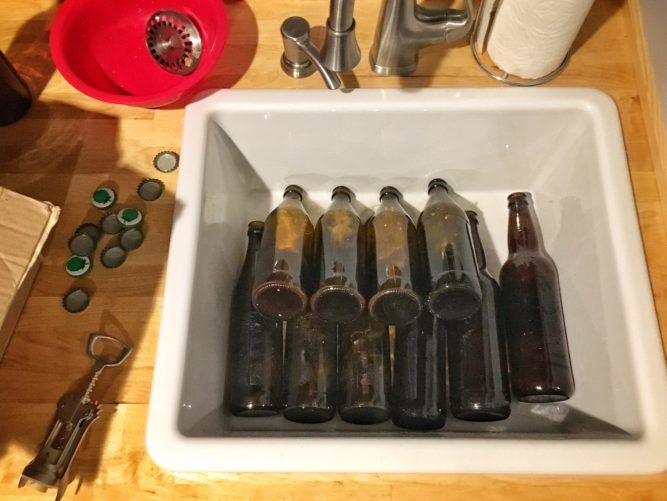 I recently did something that, throughout my six-plus years of homebrewing, I’ve never done before: I completely ruined an entire batch of beer.

The brew day went well enough; I mashed, sparged, boiled, and hopped without much additional thought. I pitched the yeast starter after the brew chilled to 70°F and let it ferment at my basement ambient temperature (which tend to hover around 66-68°F in the unconditioned spaces low against the bare concrete slab…even in the warmest summer months).

Then came the bottling.

I’ve been consistently kegging since building a keezer tap system last spring, so this was my first time going back to all-bottles in over a year. I racked, primed, bottled, stored…again, all the usual stuff. The first bottle I cracked a few weeks later was under carbonated and slightly cloying… ”still green,” I thought. Yet additional sampling a week later proved otherwise. Too sweet, with a “nail polish remover” aroma and a terrible aftertaste. Plus the color was way off from when I bottled…instead of a soft straw appearance the beer was now an ugly purple/brown. As the weeks went by, the off flavors & aromas were intensifying, not mellowing out and diminishing.

The batch was ruined.

Self-doubt set in like a logjam and I began to second guess my entire process. Regardless of how many delicious beers I’ve made in the past, maybe I’m just not good at this after all? Needless to say, I haven’t brewed since.

Yes, I realize that’s a huge overreaction. I need to get back on the wagon. But to help put my mind at ease the next time I brew, I reached out to a few local pros for some advice. I asked them what I could do to make better beer; how to better focus my time and energy so that I lose less sleep fretting over what might have gone wrong. I asked them what little things that they’ve learned throughout their brewing careers that could make a big difference, even for an amateur homebrewer like myself.

In their own words, here’s what they had to say (author’s note: I was originally going to trim the responses for brevity, but the advice offered was too good not to share with you in full). 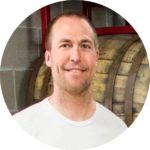 “Dial in proper mash pH and temperature – these two parameters are very important for making beer. Get a good pH meter to check your mash pH (the ideal range is 5.2-5.4). Remember, pH is temperature dependent, so be sure to account for this when checking.  Also be sure to get a good thermometer.  Many home thermometers are not very accurate, resulting in incorrect mash temperatures. If you can afford it, get a Thermapen ($80-$100).  These are waterproof, accurate, and easy to use.

“Keg rather than bottle condition – although kegging may seem difficult at first, it is much easier in the long run and will give you a much better product.  Doing a 100% bottle condition for many ales and lagers is going to result in off-flavors much of the time.  Spend the upfront costs for a kegging system and you will end up saving time and money in the end and get better beer.” 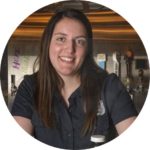 “My first tip sounds boring but I really think it helps make better homebrew-taking notes. Taking notes helps keep your brew day organized as well as helps dial in your recipes. You always think you will remember the brew day but you probably will not. My homebrew improved once I started taking notes and my recipes got better.

“Another tip that is more technical is making sure you pitch enough yeast. The amount you want to pitch depends on the size of your batch and your target original gravity, and more often than not one smack pack or vial will not cut it, so making a yeast starter is usually a good idea.” 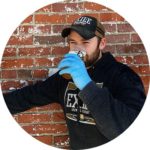 “I think one of the most overlooked aspects, yet important, is keeping records of your brew days and taking notes.  Even if it seems like a simple recipe, it may take you numerous tweaks to get your brew to perfection and having records will help you get there.

“It is also beneficial to have notes in case issues occur during the brew.  It’s always hard to remember what inconsistencies to your brew log may have occurred once the beer is ready to be packaged.” 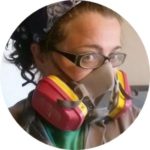 “The number one piece of advice I always have is CLEAN CLEAN CLEAN and MORE CLEANING. You cannot do it enough. Also, remember sanitizers like StarSan do not clean, they only sanitizes. It’s only there for microbes, so if there’s any organic or inorganic soil it’ll be staying there.

“Number two: keep notes when you tweak things in a brew. If you don’t by the time you’ve enjoyed most of the batch you’re not going to remember exactly what you did. It’s only science if you write it down. Also only change one variable at a time when dialing in a recipe so you can be sure of what caused the improvement/weird taste.

“And bonus: Don’t get hung up on style guidelines. If it tastes and smells great but it’s a little dark/hoppy/etc for style, who cares. Rules are meant to be broken!” 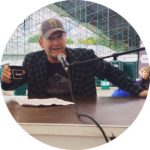 “Take detailed notes. If you do everything right and hit on something magical, notes will ensure that you can do it again. Sweat less about your recipe and more about your sanitation practices. The latter will make or break any recipe. Be mindful of temperature control, both during the mash and fermentation. These are critical “ingredients” in brewing a good beer.

“Learn by osmosis. Taste and sniff your way through each step of the brewing process to learn each ingredient’s contribution, and taste as many commercial examples as you can as well. Don’t rush. An easy error like diacetyl will fix itself if you don’t rush the fermentation and package too early. Oxidation is bad. Avoid aeration post fermentation and fill high if you bottle.

“Seek honest feedback. Don’t be a dick on Twitter, BeerAdvocate or Untappd.

“Oh, and remember to have fun.” 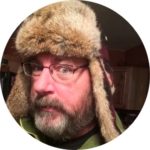 “First – Collaborate. Get together with a friend and really work on creating a beer. You each bring something to the game and come up with solutions to problems. For the BOS beer, we found out we didn’t have enough hops. One of us ran to the store while the other ran out the mash – I couldn’t have done that on my own.

“Second – know your style and make sure your recipe meets that style. A pilsner is essentially pale malt, noble hops, lager yeast, cool fermentation temperatures, and require some cool aging. Substitute any one of those ingredients (or processes) and you’re not making a pilsner. Between the two of us, we procured the proper ingredients and made sure we brewed when we had the opportunity to ferment and store at the right temperatures.

“I know a lot of people that say ‘I don’t let styles hold me down. I brew what I want, styles be damned’. And they also brew crappy beer. Jalapeño Lemongrass Lager? Sucks. I’m much more impressed by someone that can brew a Pale Ale and serve it on cask. All the flavors of the malt, hops and yeast shine through. All the other stuff just covers mistakes.

“Third – ferment at the proper temperature. Yeast in a funny beast. It likes things to be just so. Change its conditions slightly and it starts putting out weird flavors. So, just because the packet says it can ferment up to 77 degrees doesn’t mean you should. It probably wants to ferment at 64. Find a way to control that temperature. Buy a fridge, or ferment in a cool place. You may need to let the temperature of your fermentation space determine what you brew.” 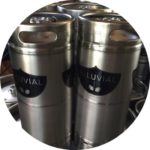 “Here are a couple of things for homebrewers to help improve the quality of their beers:

“Buy yourself a big Rubbermaid tub that you can fill with sanitizer, either Star San or PAA that you can just have all of your hoses, paddles, etc. in to make sure that everything that is used especially past the hot side is clean and free of contamination.

“Oxygenation.  A very important component to a healthy fermentation.  You can get small oxygenation kits that will do the job nicely.

“Invest in a plate chiller rather than an immersion chiller.  Getting your wort down to the desired temp as quickly as possible is important.  Also, chill your wort to a few degrees below your optimal pitching temperature to let it rise back up those few degrees after you pitch your yeast.

“One last thing for more advanced home brewers would be re pitching lower gravity beers into another beer as most times the 2nd and 3rd generations of yeast are the best and have great cell counts and viability.  At Alluvial we love to brew a wheat or a Blonde Ale and then re pitch that yeast into an IPA.  You will usually see the beer have a very short lag time to takeoff.”

What are some of the best tips you have received to improve your homebrewed beer? Tell us in the comments.