Firkin Fest and Beyond 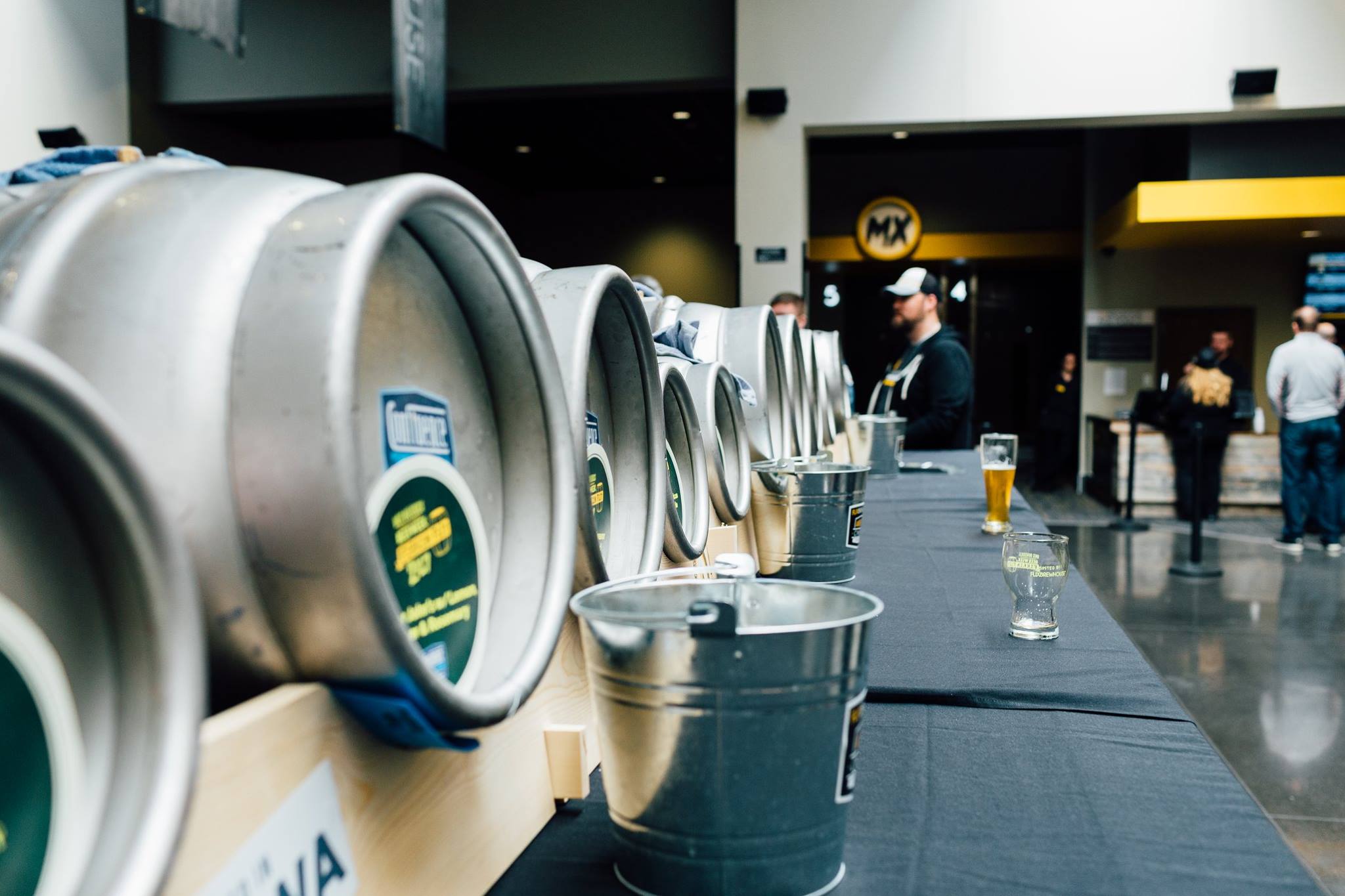 It happens every year.

Winter drags along, cold and miserable, no end in sight. But then just as the calendar turns from February to March, it hits: those first glorious days of sixty-degree weather. That first taste of spring when the office mysteriously empties at 3:00PM and every parking lot at Gray’s Lake Park is at capacity…like the entire population of Des Moines simultaneously emerges from winter hibernation. It’s a glorious time to be alive.

And then, just like clockwork, we’re brought down to earth again with another furious round of ice, or snow, or both, reminding us all that we’re still weeks away from buds, blooms, and longer lasting signs of spring.

But still, we have hope. Hope that the days will get longer. Hope that warmer weather will soon be here to stay. Hope that Beer Festival season is right around the corner.

Firkins and pins and casks, oh my! Great seeing so many of you out at FirkinFest yesterday…already getting excited for @dsmbeerweek this summer! #craftbeer #iowabeer #firkin #cask #drinklocal #desmoines #dsmbwfirkinfest

If celebrating the craft beer movement, which continually pushes the envelope with newer styles and bolder flavors, by hosting a festival dedicated to a centuries-old method of storing and conditioning beer seems odd to you, you aren’t the only one.

“Cask-conditioned beer is an interesting (and delicious) ‘niche within the niche’ of craft beer,” J. Wilson, president of the Iowa Brewers Guild, said when I asked him this very question. “[A cask] presents a fun opportunity for people to learn about the traditional English serving method. Obviously, Americans go over-the-top with everything, packing more hops and crazy ingredients into casks for the sake of fun, flavor and experimentation… so it was it was a fun opportunity to talk about both natural carbonation and to have an array of very experimental beers on tap.”

The final list is in! 18 breweries and 27 one-of-a-kind beers available to enjoy. What are you most excited to try? #DSMBWFirkinFest #IABeer pic.twitter.com/giSVO4aKlF

With 27 unique casks provided by 18 breweries, there was something new for even the most experience palates to try (my personal favorite of the afternoon was the Satori Saison w/ Sour Cherries from Madhouse).

I also asked Jay what the thought process was behind holding a Des Moines Beer Week related festival in the middle of winter, rather that adding it to the June lineup. “We’d been talking for a while about doing something to ward off the wintertime blues and didn’t want to add to the regular beer fest calendar in the summer months…which can get exhaustive for brewers.”

By all accounts, the first annual Firkin Fest was a huge success. A fun atmosphere (highlighted by an exciting ISU/KU basketball game) and a larger than expected turnout made for a fun afternoon enjoying one-of-a-kind brews while building the anticipation for Des Moines Beer Week.

Hosting a beer festival in February not only gives us something fun to do in the middle of winter, but it also helps raise awareness (and additional funding) for the main event later this summer. Mark your calendars now: the third annual DSMBW will be June 16th through the 25th.

While mainstay events like the Run to Exile, #DrinkingPants Pageant, and the Iowa Craft Beer Festival will be back, there is plenty of new programming in the works as well.

Expect to see more beer-focused educational seminars incorporated throughout the week as well, like a ticketed Off-Flavor tasting class.Jay also says to look for a change in this year’s DSMBW Collab Brew. “This year’s plan is to have multiple small collaborations rather than one large one (more on that soon). We’re then hoping to have all the collaboration beers on tap in one place at least one time during the week.”

Make sure you stay tuned to your social media feeds for information on that, plus more to come, in the following weeks and months.

Iowa continues to produce world-class beer for your enjoyment every week, and based on the success of the Firkin Fest, this year there will be more ways to enjoy it than ever. And unlike a false spring, there was no reason to get disheartened again once the last Firkin was drained.

Photos above used with the permission of the Iowa Brewers Guild.

Mar 15, 2017Tom Hardinge
Bubba's Happy Hour: Monday's Whiskey and Wings7 Reasons Why The 2017 Culinary Affair Was One Of the Best

No Corkage Fee – No Problem in Des Moines
4,068 views
Skip to toolbar