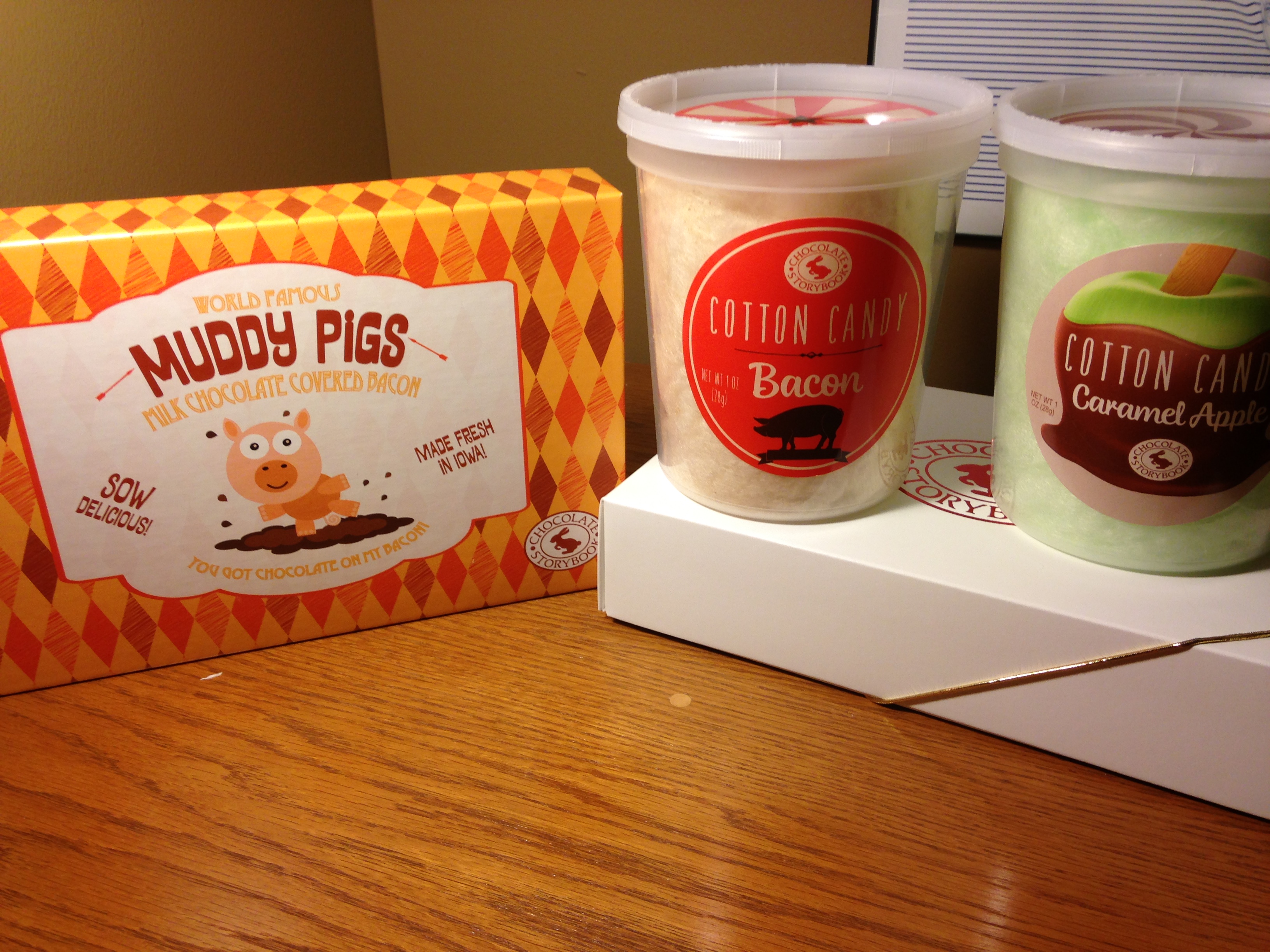 There’s getting chocolate as a treat and then there is getting chocolate directly from the source. Chocolate Storybook in West Des Moines is the chocolate store that I grew up on. It was no more than 10 minutes from my house and I remember going in as a kid and being in heaven.

The Chocolate Storybook has been in central Iowa since 1985. They are active within the community and support local charities by giving them the energy through sugar to succeed. 😉

They care so much about the physical community and they even make an effort to care for the online community, which is really neat! Just recently they were kind enough to send myself and other food bloggers throughout central Iowa a goody box featuring some of their most popular treats as well as what you can expect for the fall and winter months.

There were caramels, which are by far my most favorite thing at the Chocolate Storybook, toffee, homemade malted milk balls, chocolate turtles, and hot cinnamon sugar bark. Those were, what I would call, the more traditional candies. Then, there were 3 unique features in the box. There was cotton candy and chocolate covered bacon. The cotton candy came in two flavors. The first flavor was bacon and the second one was caramel apple.

I enjoyed the caramel apple cotton candy far more than the bacon. I’m not sure if bacon [flavor] is supposed to be fluffy and sugary.

Nov 20, 2014Nick Lucs
Everyone Will Be Gobbling Down Hot Dogs This YearMy New Coffee Maker