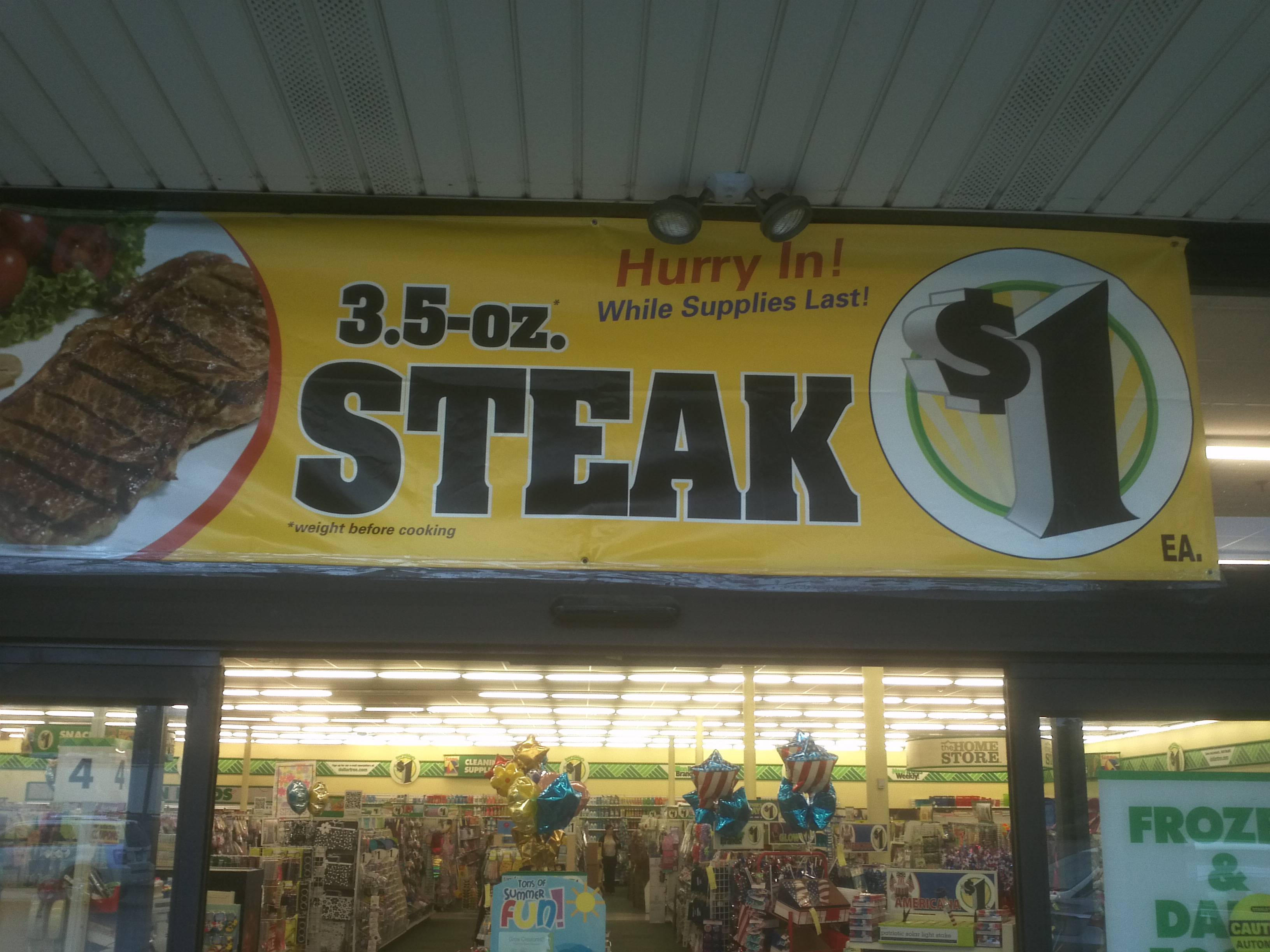 More Dollar Tree food assessments will be coming in the future. They have won my respect in the food department.

Wake up: 5:15 am. Workout. Breakfast. Job (with a lunch break between). Second workout (weights).  Player Lead Practice. Dinner (around 7:30 pm). This describes the average day of summer life as a Division II football player working out with their team in Sioux Falls, SD. It takes a lot of money for me, a linebacker for the University of Sioux Falls, to eat right and fuel a 215 pound body. I am a baller on a budget, if you will. Along with the cost, time is a limiting variable that doesn’t allow me to make an elaborate dinner. I am trying to find things to battle the limiting factor cost and time while still retaining a decent taste.

One solution came to me at a place where I expected great deals but not great taste. I was driving home from practice one day looking for little things at the Dollar Tree for the new house that my roommates and I had recently moved into. My eyes were drawn to an attention grabbing sign as I walked into the store. It read “3.5 oz ribeyes for 1 dollar.” I immediately wrote it off, not even considering it. “Steak” at a dollar store? Psh yeah right, there can be no way that will taste good. As I made my way back to the freezer section to check the other food out, the thought of just spending a couple of bucks on what they call “steak” didn’t seem so bad. I mean really it is a mere two dollars, might as well try it. I shamelessly picked up a few dollar store “steaks” and brought them to the checkout counter. The cashier proceeds to ask me, “Have you had these before?” I of course say “No. Have you?” She replied with a “No.” I said, “Well, might as well try them. What is the worst thing that could happen? I mean they’re a dollar.” All the while in my head, I am thinking about all kinds of food borne illnesses that could bring me down. I proceed to my truck and drive home with my couple of “steaks”.

I finally get to start dinner at around 7:45 because my 15 minutes spent shopping at the Dollar Tree set me back. All of a sudden, those frozen “steaks” start to look pretty dang good.

I grab the individually vacuum packed “steaks” and quickly run them under hot water. They are very thinly sliced aiding in the ease of thawing, which is especially nice for a person like me who forgets to put meat out to thaw for dinner. I found out it thaws in only about 45 seconds.

After thawing, make sure to try to pull off some excess fat (there really isn’t much fat on most of them).

My first bite was amazing. It was very tender and tasted great even though it was thoroughly cooked. The “steak” instantaneously gained my respect. The need for quotes around the word “steak” has been nulled by the impressive taste and tenderness that I experienced and will now forever be referred to as a legitimate steak. It was really that good. It is a steak that needs to be included in a sandwich not as a main dish. I might even try it as a fajita meat when I have the time to make a nicer dinner.

All in all, the Sioux Falls Dollar Tree ribeye steak impressed me with its price, time of preparation, and taste. I found it is also great for steak and eggs due to its ease of thaw. I have since gone back to Dollar Tree and probably have 15 steaks sitting in my freezer right now. This is a perfect steak for a baller on a budget. More Dollar Tree food assessments will be coming in the future. They have won my respect in the food department with this ribeye steak.

Jul 7, 2014Nick Lucs
The Results Are In3 Restaurants in Des Moines To Celebrate National Hot Dog Day At