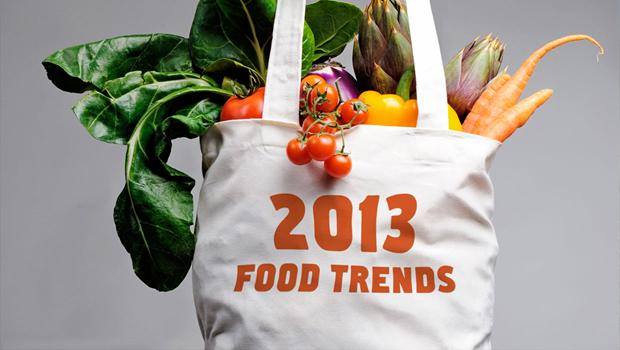 This year was full of crazy food trends. We had a MASSIVE obsession with bacon, a pastry trend that swept the east coast and a taco that took years to master. Here are 5 food trends that shaped 2013.

The cronut is clearly the winner of this year’s biggest food trend. People seriously lined up hours before  Dominique Ansel bakery opened to get their hands on the croissant-doughnut hybrid. Earlier this summer, I tried making my own cronut. Check it out here

This sauce has been sitting around on shelves for a while, but this year it really heated up as more and more restaurants started incorporating this chili sauce into their dishes. Just recently, this sauce was in a heated debate and was almost forced to shut down their factory due to too many complaints about an “offensive odor”.  Also, in case you missed it, a 33-minute film all about everyone’s favorite condiment debuted a couple weeks ago!! http://srirachamovie.com/ There’s no sight of this sauce cooling down any time soon.

Taco Bell rang their bells and caught our attention, again!  The traditional taco wrapped in a stoner food fan favorite was the perfect combination of crazy and delicious.  At 100 million sales in 10 weeks, it was the most successful product launch ever from Taco Bell.  Fun fact: Frito-lay and Taco Bell experimented with more than 40 recipes over two years.

Every burger restaurant was always trying to one up each other with the next craziest burger. The thing though was that all the burgers that were being reported on major food blogs were missing Zombie Burger. A lot of those trends and “creative’ burger had already been made and devoured right here in Des Moines. From bacon and peanut butter burgers, to Iowa State Fair burgers I think Des Moines had the best burger trends of this year – all thanks to Zombie Burger.

Holy sh*t. Where did this bacon craze come from. There has been bacon in our lives since, uh, forever!! Bacon was every where. From alcohol, to gift sets. You could not escape the craze. I thought it was a hilarious trend, but definitely one to that needed to be noted. I’m just waiting for some kid to be named Bacon.

Dec 27, 2013Nick Lucs
Don't Blame It On The Turkey3 Things That I learned About Home Brewing