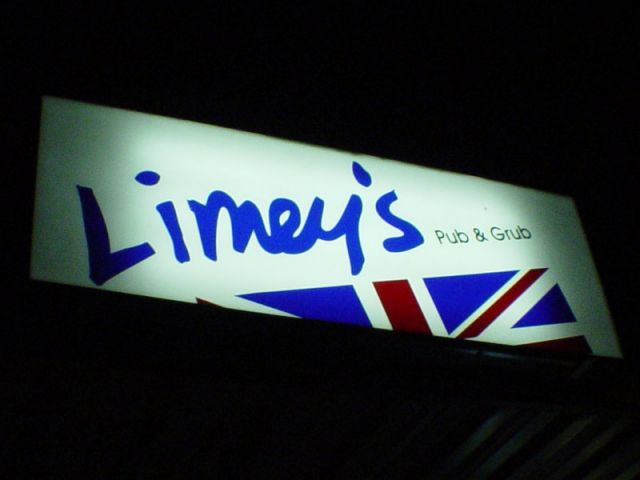 The other day, a group of runners and I went out for a morning run and decided to finish at Limey’s Pub  and try out their St. Patrick’s

Day buffet. I was really looking forward to it and couldn’t wait for some corned beef and hash as well as a green beer.

The first thing we ordered were Bloody Marry’s. I have been craving one for some time now. I was happy to see that the rim of the glass had seasoning salt on. Seasoning salt is a must for Bloody Marry’s – you’d understand if you’ve ever had one from Rookies in Clear Lake. The first two drinks were delicious. Good, bold flavor but then after that it was not good. I realized it was very thin and it almost seemed like there wasn’t any vodka in it. I thought I would enjoy the green olive and pickle to make up the slacking Bloody. The olive was good, but the pickle was ridiculous. Small, and it looked like they had grabbed one that was used in a previous drink. After making fun of the pickles we moved to the buffet line.

The buffet looked like a joke. I said that Super 8 could put on a better buffet, plus it felt like I was eating at a hotel buffet. They were serving up french toast sticks, bacon, biscuits and gravy, green eggs, ham and corned beef and hash. This was a special feature for the weekend, and was in the date book but I don’t know if I would have advertised this because it was nothing special.

Maybe it was their first time running a buffet, but they have some work to be done. I’m sure after a couple of beers it would have been more appealing and I wouldn’t have cared as much.